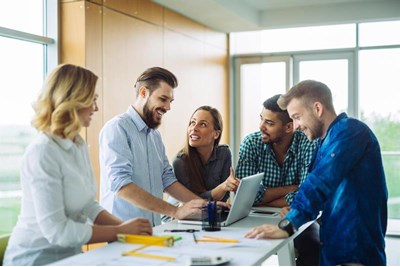 Giving, not just receiving, recognition is linked to higher engagement, according to research from the O.C. Tanner Institute.

The report, seen exclusively by HR magazine, surveyed 3,400 professionals globally (including 406 from the UK) and found that the 86% of UK employees who ‘always’ give recognition are highly motivated. This contrasts starkly with the 46% who ‘never/rarely’ give recognition being 'highly motivated to contribute to the success of their organisations'.

Additionally, 79% of UK employees who claimed they ‘always’ give recognition to co-workers said they are proud to tell others where they work, compared with just 51% of the group who ‘never/rarely’ give recognition.

Those that recognise the achievements of others were also found to be better workers, delivering 22% better work results.

Robert Ordever, European people and operations director at O.C. Tanner, said he was surprised by the results. “This study is a game-changer regarding our understanding of recognition,” he said. “Up until now research has focused on the impacts of ‘receiving’ recognition. We now have proof that there are also profound benefits to be gained from the giver's perspective, highlighting the vital role organisations need to play in nurturing a culture of appreciation that champions giving recognition as much as receiving it.”

“Our people may choose to give recognition by email, or by traditional means, but we encourage them to do it in the moment,” he said. “When people get recognised for their good work quickly it puts a spring in their step.

“We definitely see a positive result for both the giver and receiver of recognition. Our engagement scores are now in the 80% and upwards range, and I’m certain that is underpinned by recognition.”