Randy Lewis: 'We haven't found a disability we can't employ' 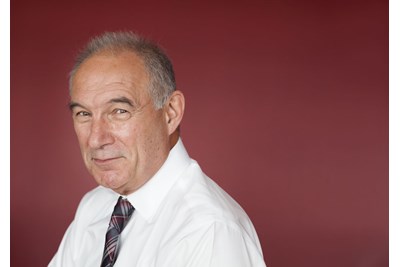 An autistic son motivated ex-Walgreens SVP Randy Lewis to see how he could make business more inclusive. He talks about how to become truly diverse, and reveals his frustration that more companies aren't trying.

"Let me tell you a story,” says Randy Lewis, former senior vice-president at US retailer Walgreens, in a Texan drawl. And it’s quite a story. It’s the tale of how a man who led logistics at America’s largest drug-store chain, supporting it as it grew from 1,600 to 8,000 outlets with the most advanced logistics network in its sector, did so while giving job opportunities to thousands of disabled people. In Walgreens’ distribution centres today, an average 35% of the workforce comprises people with disabilities, and it has set targets to make sure one in every 10 in-store hires is also disabled. The model has been adopted and rolled out by British retailers including Boots and Marks & Spencer.

Lewis retired from Walgreens in 2013, after 16 years. He is now putting all his considerable energy into advocating for inclusive recruitment around disability, as well as promoting his book No Greatness Without Goodness. His story has a personal backdrop. The father of a severely autistic son, now in his twenties, he always had “a longing” to work out how business could make better use of people with disabilities. “It stems from me knowing what my son would be facing and all the parents like me who wish they could live one day longer than their child,” he says. “That worry: how are they going to take care of themselves?”

Walgreens had previously employed disabled people to do “ancillary rather than mission-critical work”, cleaning for example, but Lewis wanted to do something more. “We wanted an opportunity to bring people in as our own employees,” he recalls. That opportunity came with the building of a new distribution centre; larger and more automated than any the company had owned before. Lewis’s mission was to use that centre to allow the company to hire greater numbers of people with disabilities. It is now Walgreens’ most efficient site, and 40% of its workforce is disabled.

Similar buildings have opened around the US, but Lewis says although automation has helped, it isn’t the true reason why hiring people with disabilities has spread throughout the company. “The automation is what gave us the courage to do something different,” he explains. “It didn’t make it happen, it made us believe it could happen. We could do this anywhere.”

Here, Lewis shares with HR magazine how he went about making his passion a reality, and what other businesses can do to become more diverse and inclusive of disabled workers.

This is business, not charity

Retail is a notoriously competitive environment, with razor thin margins. When Lewis proposed his vision to the board, he knew saying he planned to invest significantly would not go down well with the shareholders.

Lewis asked a friend who worked with autistic people how many typically-abled (to use the American term) employees he would need for each person with autism, in order to rely on peer coaching. The answer was two and the goal was set: hire one-third people with disabilities.

“We never lost sight of the fact we are a business, not a charity: this had to make business sense,” stresses Lewis. “We had to hold everyone to the same standards and have a completely inclusive environment. When I presented it to the board, I said this was going to be the most expensive building we had ever built, which they didn’t like, but I said it was also going to have the best ROI, be the most efficient and be built in such a way that one-third of the workforce would be disabled.”

The board needn’t have worried. Not only was performance the same (Lewis called in statisticians who studied 400,000 hours of work and proved performance is similar for those with and without disabilities), but in the warehouse, turnover was 20% to 50% lower and absenteeism was also down. Safety costs were also lower for people with disabilities. “Fears about more accidents had come up, but we found deaf forklift drivers – who many companies won’t hire – are twice as safe as someone who can hear,” says Lewis. “If I could give everyone a piece of advice, it would be to put plugs in the ears of their forklift truck drivers.”

Banish ‘them’ and ‘us’ thinking

Lewis is very clear on one thing: “People with disabilities are us. Not everyone has to be an ‘autistic savant’ or a Jackie Robinson [the US’s first black baseball player].”

To further hammer this thinking home, there’s a sign painted on the wall of the first centre: the word ‘them’ in a circle, with a cross through it. “There is no them,” Lewis continues. “We made it straight from day one that this was going to be inclusive. Once you see a person with a disability as you, not them, other things fade away. You might still see the differences but those are minor compared to how we are alike.”

Managers on the floor aren’t told who has a disability – the only person who knows is the HR contact. Job coaches, two in a building of 600 employees, are there to support everyone. “We haven’t found a disability we can’t employ, because everything is on a spectrum,” says Lewis. “We have one person with epilepsy who has 17 seizures a day. He wears a helmet and people know to make sure he’s in a safe place when he has an episode. He couldn’t find a job until he came to us.”

This inclusivity has had a positive impact on engagement. Whenever a new piece of technology is implemented in a distribution centre, Walgreens expects some disruption, so with this high level of automation, it was expected things would go wrong. They did, and from July to November everyone in the centre was working overtime and Saturdays. “The preconception we had about people with disabilities is that they wouldn’t be able to be very flexible or work overtime,” says Lewis. “But when I went to talk to the team members, they only had two questions: ‘how are we doing?’ and ‘what can we do to help?’ That’s when I knew we had a special building.”

Such a bold project has naturally led to processes having to change and rules alongside them. For example, when Walgreens looked into recruitment, it found people with disabilities had difficulties getting through the process, effectively excluding them from getting a job. “Finding the workforce was much more difficult than we thought,” admits Lewis.

To overcome this, the company adapted its HR policies, allowing people to bring someone to help them fill in online interview questions for example, or permitting members of staff to bring a chaperone to counselling sessions if they need help understanding things.

“We are here to do great work and have the right workforce to help us do that,” says Lewis. “When a rule gets in the way of achieving that, let’s go with what we are trying to achieve. We call that ‘managing in the grey’. We had to free up managers; tell them they are here to accomplish work in an effective way, not necessarily to enforce the rules. Do the right thing for the person and the shareholder, and you’ll be fine.”

“Some people like rules,” he adds, “but would you rather be managed by iron-clad processes or be in an environment that has principles? There will be some mistakes along the way, but we sleep well at night.”

Walgreens agreed once it figured out the secret to making the inclusive model a success, it would give it all away, even opening its doors to competitors. Other employers often visit Walgreens’ centres to view the scheme in action, by working alongside someone on the floor. Walgreens doesn’t tell them whether the person they are matched with has a disability or not, emphasising the message of sameness.

But despite some companies taking what they have seen and implementing it, Lewis is frustrated. “Only one in 15 companies will act, even once they’ve seen all this,” he says. “Although they know it works and we say we’ll give them everything we’ve got, they still do not pick it up. People think: ‘We’re not broken, so why fix it?’ But for us, it exceeded every expectation, and that’s why it’s spread throughout the company.”

His first piece of advice for HR directors who are interested in implementing something similar is to “dream real big”. “HR has to be the enabler, it cannot be the driver,” he says. “Find a partner on the operations side who is responsible for the results.”

He also advises setting targets. Walgreens has a “dream goal”, to have a 10% disabled workforce within five years – Lewis points out it’s more difficult to achieve results in 8,000 stores than in 20 distribution centres. “What gets measured gets done,” he adds. However, the company hasn’t tied bonuses or any other financial reward to meeting its target. “I don’t think money motivates that much,” says Lewis. “Our standard is: If this doesn’t work, we have to tell the world it doesn’t work anywhere, because you couldn’t have done a better job than us in trying.”