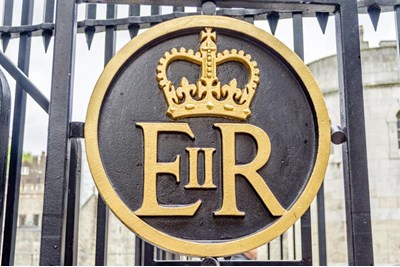 The government will better protect workers’ rights and set up a National Skills Fund to retrain the UK workforce, it was announced in the Queen’s Speech yesterday (19 December).

The Queen announced more than 30 bills on the government’s agenda for 2020, following the Conservative party’s general election win last week.

On workers’ rights, she announced the introduction of an employment bill that will safeguard the rights of workers, including a new enforcement body for workers, extended redundancy protections and a new right for workers to request "a more predictable contract".

The commitment comes after prime minister Boris Johnson faced a backlash when he revealed that his new Brexit withdrawal agreement bill does not contain workers’ rights as outlined in the previous version. The launch of an employment bill means workers’ rights will be separated out from the Brexit legislation.

Tom Hadley, director of policy and campaigns at the Recruitment & Employment Confederation (REC), said the bill should encourage employers to commit to providing good work for employees.

“We hope the government’s employment bill will incentivise business compliance and increase fairness and flexibility in work. Good work and flexibility go hand in hand and REC data shows more people are choosing to do flexible work to better suit their lifestyle. Two-way flexibility, that supports businesses and workers’ choices, is vital to a fair and productive labour market. The challenge ahead is to ensure that this works for all parties,” he said.

Hadley also welcomed the pledge to create a National Skills Fund: “The government’s recognition of the importance of all people being able to retrain is welcome. Recruitment professionals are in a unique position to facilitate career transitions and progression, and to provide the latest insight into how skills needs are evolving. We look forward to ensuring that the National Skills Fund works for employers and workers alike.”

“Working people will want to check the small print before trusting this government’s promises. Ministers should be taking action to outlaw hated zero-hours contracts, which trap working families in poverty. And they should get wages rising by empowering workers to negotiate fair pay,” she said.

“We know that many in the cabinet are desperate to drive down labour standards. That’s why the government has launched another attack on the democratic right to strike to make it harder for working people to stand up for their rights.

“No more excuses – the new government must improve rights at work and get wages rising to help working families.”

Brexit also dominated the agenda yesterday, with Johnson announcing in his introduction to the Queen’s Speech that he will “get Brexit done” and that he will set up “an Australian-style points-based immigration system so we can attract the brightest and best from the world”.

Johnson said: "Our first task is to get Brexit done and we will leave the EU at the end of January. As I said many times over the course of the election campaign, we have a pre-cooked Brexit meal ready to pop in the microwave – and we will bring it before parliament this week.”

The first of seven Brexit bills – the withdrawal agreement bill – will be put to parliament today (20 December) before the Christmas recess.

In it, the government has ruled out any extension to the transition period beyond December 2020.

The Queen also pledged measures to help employees better save for retirement, with the reintroduction of the pension schemes bill, including legislation for Collective Defined Contribution (CDC) schemes, enhancing The Pensions Regulator’s powers and providing a pensions dashboard framework.

The bill remains largely unchanged from the initial bill announced in the last Queen’s Speech on 14 October.

“Whilst we expect it to be largely resurrected in its previous (October 2019) form, a video released by the DWP [Department for Work and Pensions] today featuring the parliamentary undersecretary of state for pensions and financial inclusion, Guy Opperman, suggests that there will be some degree of refinement,” commented Claire Carey, partner at Sackers.

“It will be interesting to see whether this includes proposed criminal sanctions which, as originally drafted, could potentially capture a wider audience than the ‘reckless bosses who plunder people’s pension pots’ to whom the Queen’s written speech refers.”

Danny Wilding, partner at Barnett Waddingham, said the commitment to pensions was “welcome” news but cited gaps in the government’s promises.

“The reappointment of Guy Opperman as pensions minister will ensure the government’s commitment to bringing these changes into law as soon as possible remains firm. This fulfils a pledge in the Conservative party manifesto, as well as the pledge to launch a review of the tapered annual allowance 'tax trap' within 30 days of the general election. Still missing in action so far is their promise to tackle the 'net pay' workplace pension schemes anomaly where pension tax relief is concerned,” he said.

Wilding said that support for the CDC scheme was a positive for employers as well as employees.

“We support the reignition of the government’s support for Collective Defined Contribution – CDC – schemes through the pension schemes bill. We believe that these risk-sharing arrangements have the potential to provide better member outcomes on average compared with individual Defined Contribution arrangements, and the fixed contribution aspect is likely to be highly attractive to sponsors compared with Defined Benefit schemes,” he added.

“We hope they will prove popular, and employers and members will see this as an opportunity to make the most of their pension budgets. For a CDC scheme to be successful it will need to have a decent level of contributions, be able to pool risks, and achieve economies of scale to keep expenses at a reasonable level. We believe that the biggest potential market for CDC schemes is therefore not individual companies, but employment sectors within which individuals may move between employers during their career.”

Other announcements made in the speech included a pledge to cut business rates for retailers, pubs and restaurants to help the ailing British high streets, and a commitment to inject an extra £33.9 billion per year in funding to the NHS by 2023/24.