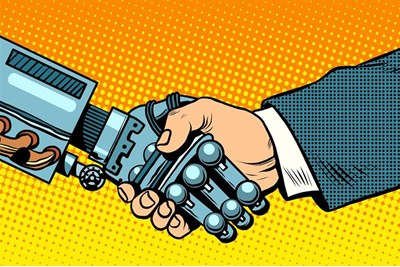 A quarter (25%) of UK companies would consider using artificial intelligence (AI) to tackle unconscious bias in recruitment, with a fifth (20%) of organisations already using the technology, the Adecco Group has revealed.

Understanding Unconscious Bias also found that despite a high number of hiring managers (26%) thinking that regular training would be the best way to eliminate unconscious bias, 39% have still not received this kind of training.

Despite coming two years after David Cameron pledged to tackle discrimination in the workplace through using name-blind CVs, the research also found more than half (65%) of organisations still don’t adhere to the practice.

Alex Fleming, president of general staffing at The Adecco Group Ireland, said, however, that name-blind CVs might not be the best way of warding against bias, with AI potentially more effective. “With many people having questioned the effectiveness of other practices such as blind CVs, this might prove a more successful long-term solution,” he said.

“However, until this new technology becomes established organisations must actively introduce other measures, including unconscious bias training, to ensure they are always hiring the best person for the job.”

Elisabeth Kelan, professor of leadership at Cranfield University, welcomed the use of AI, but warned that HR professionals should be cautious in how they approach technology in hiring processes.

“It would be naïve to presume that artificial intelligence will do away with unconscious biases in the recruitment process,” Kelan told HR magazine.

“There is immense opportunity for AI to improve diversity in in the workplace. If it isn’t implemented properly, however, there is a real danger that we could see technology actually amplifying some of these biases. It’s important to remember that the companies who program this technology may have their own biases; with far more men than women working in the fields of science and technology, for instance,” she said.

Kelan went on to suggest that HR and technology specialists should work together to get the most out of AI in recruitment. “HR has to be involved in the debate over how we use this technology to boost D&I, and the kind of issues we should anticipate from using it.”

The Adecco research was based on a survey of 504 hiring managers across the UK, and was carried out by Opinion Matters.