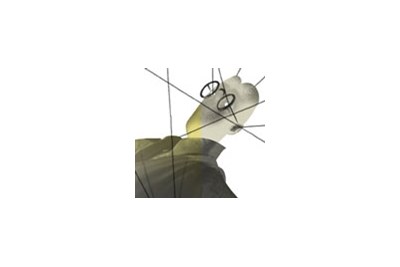 In an economic climate where accountability rules and every penny spent by a business needs to be justified, some may question the validity of an investment in psychometric profiling.

To the uninitiated, spending the company's sacred funds on what is often mistakenly regarded as a recruitment tool would be foolhardy - and if there is a freeze on hiring within the company, this would not even feature on the management agenda.

But these testing times provide a case for committing to a business strategy which enables senior personnel to scrutinise their HR capital assets, to ensure they represent the optimum resource to deliver commercial success.

There is a common belief people are hired for their experience and expertise - and fired for their personality flaws. Firing someone from a business generally represents an expensive mistake.

Every hire comes with a price tag - the cost of recruitment advertising, the cost of management time invested in reviewing candidates, the cost associated with training new recruits are just some of the immediate expenses that spring to mind.

According to a recent survey by the British Chamber of Commerce, over 40% of firms estimate that recruitment costs are over £2,000 per person. The survey, also found that in over half of all companies it's the business owner who deals with hiring. Delaying the hiring of the right people can inhibit business success. However, it's very easy to put off hiring in order to defer the financial outlay, both in direct expenses and valuable management time.

If the new team member works out, these costs represent an investment, but if they are fired, such expenditure represents a clear drain on the profitability of the organisation. Not only do these mistakes cost a company dear in financial terms, they also cause disruption and unrest within the work force, and most costly of all, a possible loss of faith in the abilities of the management team to demonstrate the 'sound judgement' required to drive the company forward.

It is also important to reflect upon how psychometric profiling can be used outside of the 'straight hiring' arena. If the dynamics of a team are not right, if there is unrest and imbalance amongst the key players, there is a danger that a company's most influential rising stars may choose to take their talents elsewhere. Embracing the potential for psychometric profiling to strengthen rather than divide teams can prove a powerful not to mention profitable investment. By allowing team members to share their profiles and to mutually respect the individual talents and traits of their peers, management can expect the delivery of a cohesive, harmonious work force united in the goal to attain maximum commercial - and also personal success.

As we drag ourselves out of the economic doom and gloom of the last few years, management should ensure that now more than ever, they avoid the expensive mistakes of the past. Yes psychometrics can help the appointment of the right people, for the right jobs but it can also assess the efficacy of the existing HR resource by questioning and addressing the chemistry / balance within existing teams.

So is there a valid ROI in relation to expenditure on psychometric profiling? Is it time to follow the example set by ITV boss Adam Crozier who hit the headlines when he announced he was putting senior staff through psychometric testing? It was reported that Crozier wanted to check that he had the right leaders capable of achieving a five-year turnaround plan.

If psychometric profiling is viewed as a solid management tool, and used to its full capacity, ie not just as part of the initial recruitment process but as part of a broader strategy which aims to create highly effective, harmonious working relationships within the organisation to deliver commercial success then the argument would have to be in favour of such an investment.