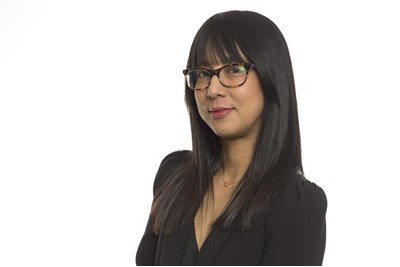 More than 100,000 people have signed a petition to extend leave for parents with premature babies

Legislation around maternity leave has been put under the spotlight as more than 105,000 people have signed a petition calling for the government to extend the length of time granted for parents who have premature babies.

Current law stipulates that employers must grant up to 52 weeks of maternity leave. An employee can choose to start maternity leave on any day, provided that it is not longer than 11 weeks before the week the baby is due. However, if a child is born prematurely the employee’s maternity leave starts automatically on the day after the birth.

Employers are currently under no obligation to extend the maternity leave or delay it to a later date. This doesn’t take into consideration that premature babies sometimes spend extended time in hospital, meaning parents often aren’t afforded their desired amount of time at home with their newborn. This can lead to pressure for new parents to return to work before they are ready, and can have negative implications for both employees and employers.

No matter the eventual outcome of the proposed amendment, employers should carefully consider how they approach maternity leave policies to avoid alienating staff.

There is a proven correlation between employee benefits and how long they stay with a company, and it is in the interest of employers to keep this in mind when agreeing maternity leave policies. Google was proof of this earlier in the year. By increasing the duration of paid maternity leave offered to its employees it saw the number of women choosing not to return drop by 50%.

For workers who have children prematurely there's an enormous amount of strain. Even when a child is well enough to leave hospital parents will have to face the stark reality that a significant chunk of their statutory leave and pay has been used up. It's understandable that parents in this position would feel they need more flexibility and support.

If the amendment is made law employers could be obliged to delay the start of maternity leave and pay until after the baby is out of hospital. However, while this would be popular with parents it would place considerable pressure on some employers – particularly smaller businesses that might struggle to keep jobs open for a longer period of time.

Pending any change in the law employers should consider flexible working arrangements to allow extra time at home for parents of premature babies. While employers can decline such requests if there is a clear business reason to do so, they need to be aware that they could lose valuable members of staff. Even if requests for flexible working are rejected employers should show concern throughout the process and be aware of how any extra pressure on home lives could affect individuals' performance.

It shouldn’t need a petition to get employers thinking about treating their workforce compassionately, particularly in the face of adversity. But this is a timely reminder to look for alternative and more flexible working arrangements that work for both the business and its employees.

Aye Limbin Glassey is a partner at Shakespeare Martineau