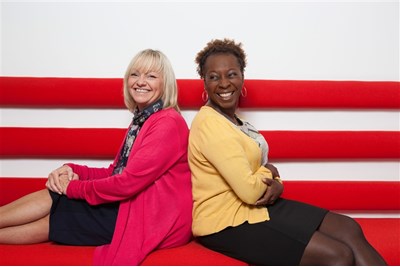 Sounds fun. Where are a copy of the latest accounts?

We know it's fun to stay at the YMCA, but is running it quite so enjoyable? HR magazine spoke to its HRD and CEO to find out if you really can 'do whatever you feel'.

Probably every HR professional has danced to the 1970s Village People song ‘YMCA’. But it’s less likely they remember that the arm-waving routine commemorates the Young Men’s Christian Association – a charity founded in London in 1844 to support young workers. Today there are 114 independent YMCAs across England offering accommodation to young people in need. They are federated to the charity YMCA England, which also runs 150 charity shops, gyms, nurseries and other support services.

The scale of YMCA England’s operations and its wide variety of employees suggests it could be an HR nightmare to control. But as the charity’s HR director Bims Alalade (pictured on the right) explains, much of the organisation’s work depends on having faith in its staff. “They really value the trust you put in them,” she says.

In August 2014 this style of management was laid bare when Alalade took part in the Channel 4 programme Undercover Boss. By posing as an employee in various YMCAs, Alalade discovered serious problems such as staff being verbally and physically threatened and acute resource shortages. But she also found employees so loyal they were covering up problems and doing whatever they could to keep services functioning. “Ninety-nine per cent of the time it was really hard to get them to say things were hard because they were coping,” she says.

Back at YMCA England’s headquarters in London, Alalade is giving an interview alongside the organisation’s chief executive and national secretary Denise Hatton. As a former HR professional Hatton leads the organisation with a human resources perspective. “Because our staff are so driven by their passion for the work we do, they give way over and above what’s expected,” she says. “One of the things we have to be careful of is that we don’t let them overdo it.”

One reason the YMCA’s workforce is so committed is because many employees are former service-users. Although Hatton is unsure of the exact proportion, she says that “a lot” of young people who live in YMCA accommodation go on to be trained by the organisation and work there. “It’s a great tool in terms of staff retention – other bosses in the private sector don’t have anything like that,” she adds.

Such loyalty, though enviable, comes with complications. Almost a year ago the charity was forced to make redundancies as the tough economic climate impacted on funding. Alalade says the experience was a moment of insight for her, having formerly made redundancies in the financial sector. “There it’s just about cut and thrust,” she says. “[Here I was] going out and fighting for the very best in support for career transition. I could go to Denise and say, ‘This person needs a little more of this,’ and Denise agreed. To see the difference that extra bit of support makes keeps you going, because it’s much harder to restructure when you’re taking away jobs that mean everything to people.”

Alalade also brought in an external job adviser to provide each employee with individual coaching about subsequent options, and the charity hosted a celebratory leaving lunch. Alalade admits she was sceptical, but the event was successful.  Even now, ex-employees can call Alalade if they have difficulties. “When they were here they gave their all – so why should we just cut them off?” she asks.

Alalade is directly responsible for 420 staff at YMCA England alongside four other HR team members, and offers guidance and support to the movement’s affiliated branches and ventures. She admits HR teams in the third sector can be guilty of neglecting staff as money has to be directed towards the charity’s cause. But she says people are motivated by different rewards. This was confirmed when discussions during a recent away day involving at least 80 members of staff from across the organisation revealed they wanted to better understand their work, rather than receive a pay rise.

Hatton believes this was prompted by Undercover Boss, which revealed office-bound staff did not necessarily know what was happening on the frontline. As a result, HR is setting up a group to link different departments and create opportunities to share experiences. “Everyone liked the idea of some volunteering days to go and work on the frontline,” she says.

Alalade would like to increase the number of secondments taking place between YMCA England and other branches. “It’s a challenge because we’re lean on staff but it’s important they see the outside world,” she says, grateful for her own experience. “There’s something you do just miss when you’re sitting in an office.”

Hatton adds that YMCA employees have invented creative ways to communicate in place of traditional HR tools such as running staff surveys. For example, outside the meeting room where the interview is taking place workers in an open plan office are having a floor meeting from their desks. “That’s not from managers, it’s staff taking responsibility for what’s going on,” says Alalade. Hatton explains the organisation also holds learning lunches, that all YMCA CEOs have lunch with their staff, and that she too will be having lunch with Alalade when the interview is over.

Alalade and Hatton are clearly close colleagues thanks to their shared passion for HR. Alalade says this approach has helped them forge a new business plan underpinned by HR. “One thing I realised about Denise was that she did understand HR, which was efficient because I have served under people who didn’t have a clue,” she says. Hatton concurs: “If you want to lead you cannot take a better qualification than the one that I did [with the CIPD], because it’s all about people and it’s people who deliver. If you can get the right HRD and strategy in place for your people, our jobs are easy.”

Despite funding being tight, the new business plan aims to grow YMCAs so they can support more communities. This means increasing staff by diversifying funding and winning more from the private sector. This would help to extend YMCA England’s existing retail apprenticeship – in a way the organisation’s talent pipeline. “We’ve currently got 130 shops across England, we’d like to see 170 by 2017,” explains Hatton. “Because we’ve got a gross model for our retail there will be jobs at the end.”

Another shared passion for the pair is a desire for YMCA England to be inclusive. Although founded as a Christian organisation, Alalade says her faith is incidental as the workforce includes people of all religions, agnostics and atheists. “Our office is extremely diverse and we give room to that,” she explains. “One of my team goes to the mosque on Friday – I make sure he can do that.”

Some positions at YMCA England have a genuine occupational requirement to be filled by Christians, such as chaplain and chief executive roles. Alalade says these requirements are regularly reviewed in recruitment processes, and despite this, there is no pressure to take part in Christian celebrations. “We celebrate every religious holiday,” she says, mentioning the YMCA global week of prayer, held in November. “People are invited to take time out to reflect,” she describes. “It’s lovely when you see, for example, a Hindu employee share something from their faith as well – it’s not just for Christians.”

Reflection is a process that begins every meeting at YMCA England, with staff asked to open sessions with a reading to prompt discussion. “There are no rules about what that looks like,” says Hatton. “We might have lots of quotes from famous leaders to inspire us, or a Bible passage.” “Sometimes we have music,” adds Alalade. “We’ve had Daniel Bedingfield.”

Alalade agrees too few HR practitioners rise to the top. “Isn’t the challenge for us in HR to say, ‘how do we become more relevant?’ and not keep on regurgitating the same old ‘how does HR keep contributing to the bottom line?’” she suggests. She also thinks HR teams should integrate better with the workforce. “What should be seen is our work on the ground,” she says. “You need to walk the floor and find out what’s really going on with people.” If anyone has the authority to suggest this solution, it’s a former Undercover Boss.

Sounds fun. Where are a copy of the latest accounts?