Power as a catalyst for humanising organisations 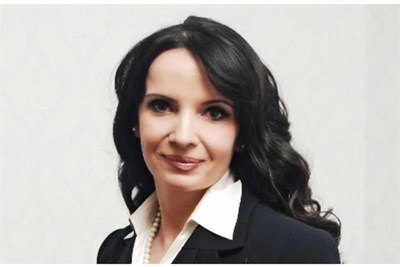 I really like the tone and essence of this, although l might argue that the focus should be on leadership rather than management. But the context is of rapid change and the blurring of multiple lines ...

We need to humanise organisations, and looking at power is a good place to start

umanising organisations matters now more than ever. We live in a VUCA world; a world of constant change, unprecedented economic and social challenges, complexity, interconnectivity, continuous innovation and increasing competition. At the same time, global figures for engagement show that only 13% of employees are fully engaged, only 28% are purposeful at work, and less than 12.3% are passionate about their work. The traditional model of management and leadership is broken. Organisations need to be more people- and purpose-focused; they need to be humanised. Only then can we witness prosperity for individuals, organisations and society at large. Humanised organisations are not only happier and more purposeful workplaces, they do better financially as well.

Conventional wisdom about leadership approaches and styles based on command and control needs to be un-learned as it is not serving its purpose anymore. It is detrimental for adaptability to changes and innovation, and it does not create conditions for engagement and purposeful work in organisations. This approach helped to increase productivity and efficiency in a different context, but now it is becoming a liability.

A new approach to managing employees is described in the Emergent 5-level Leadership Model, explained in my book The Management Shift. Each level is characterised by specific thinking patterns, behaviour, language used, leadership style and organisational outcomes. For example, Level 1 is characterised by apathy or destructive behaviour, and Level 2 by reluctant behaviour when people do the minimum they need to to be paid. There is a particularly significant shift from Level 3 (which is ordered and bureaucratic) to Level 4, which is where highly engaged and inventive performance begins. Level 5 is where passionate people combine creatively and with inspiration to make a difference for the world. Moving from Level 3 to Level 4 is to move from ‘I’ to ‘We’. Moving from Level 4 to Level 5 is to move from ‘We’ to ‘The Greater Good’.

It is interesting to view these five levels through the power lenses, as power is an important lever to get things done in organisations (or not!). There are different types of power that are exhibited at each of the five levels (see diagram below). At Level 1 the power is based on fear and not much gets done. At Level 2 power is based on ignorance, both from employees and uninspiring leaders. At Level 3 the power is driven by ego of 'charismatic' lone hero leaders. And then as we go through the big shift from Level 3 to Level 4 the power gets driven by a desire to be a force for common good. At Level 5 the power is driven by love for humanity and desire to make this world a better place.

Level 4 and 5 power leads to positive ripples, humanised organisations, improved performance and long-term profit. Power at levels 1 to 3 produces a negative vortex of energy that leads to diminished engagement and lower performance. Although it may produce gains individuals and organisations will implode at these lower levels.

To go through the big shift from Level 3 to Level 4 we need inspiration or desperation. The former is preferable, the latter is, unfortunately, much more common.

I really like the tone and essence of this, although l might argue that the focus should be on leadership rather than management. But the context is of rapid change and the blurring of multiple lines is important and will undoubtedly lead to new conceptions of critical leadership and management behaviours and underpinning values in the contemporary workforce. This is something l hope to explore through my PhD and its focus upon developing future leaders. I look forward to reading this article more fully.