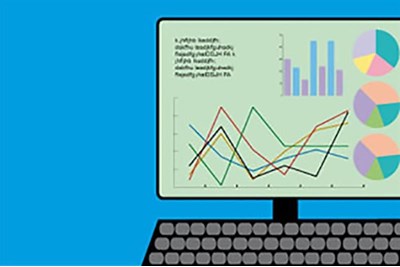 The prime minister has announced her full backing for the introduction of multiple pension dashboards, allaying concerns about the initiative being scrapped.

The Department for Work and Pensions (DWP) yesterday (3 December) published a consultation on the matter, accompanied by a delayed feasibility study that was originally tabled to be published in March. It announced that the first dashboard can be expected in 2019.

The idea behind the dashboards is to make it easier for employees to keep track of different pension pots, with savers being able to access information on their mobile phones. There is currently no way of viewing various pension plans in one place.

However, it has not yet been confirmed that state pension data will be included on the pension dashboard, or that legislation will be rolled out to force providers to reveal the size of pension pots.

Guy Opperman, DWP parliamentary under secretary, said that the introduction of pensions dashboards for consumers would be ‘empowering’. “Pensions dashboards will give consumers information about their pensions savings from multiple sources through an online service,” he said. “Consumers will be empowered by the presentation of information, helping them to engage with their pensions savings. It will support informed decisions and prepare the consumer for the transition between working age and retirement.”

However, some pensions industry experts warned that important data may not be captured by the dashboard, posing a risk to consumers.

Ros Altmann, former pensions minister and pensions and later-life working campaigner, commented that the pensions dashboard has several hurdles to overcome. “Having a proper picture of how much your pension savings are worth and what you might receive in retirement can be an invaluable tool in planning for later life. But there are many hurdles to overcome before the ideal of a fully-functioning dashboard can be realised,” she said.

Dashboards must have accurate data in order to be effective, with support from employers and payroll firms essential in ensuring records are correct, she said: “Before any legislation or expenditure on developing the pensions dashboards, pension providers and employers should start cleaning up data errors. There should be robust processes to ensure records are right, and requirements for employers, payroll firms and providers to check on accuracy and report on it."

Failing to do so will not only undermine the dashboards but create problems for employers later down the line, she said: “Some of the larger master trusts have confirmed they know there are errors and have started to make such checks. In one case 50% of the employers they checked were paying incorrect contributions because they had misunderstood how the tax relief worked. This could have been left undiscovered for much longer, resulting in problems for employers, for staff and of course undermining confidence in a dashboard.”

Steve Cameron, pensions director at Aegon, welcomed progress on the dashboard but warned that it is essential savers are given clarity over where there will be incomplete data.

“Pensions dashboards has spent much of the year stuck in heavy traffic with very little movement. There’s been a great willingness from the pensions industry and others to make progress, but until now it’s been held up by one too many red lights,” he said. “Today’s feasibility study is, however, offering hope. Aegon sees real scope for the industry and government to move forward in partnership... [this] will have long-lasting benefits for millions of pension savers well beyond Brexit."

He added: "It's positive to have confirmation that state pensions data will be included; albeit with an unknown timescale. Similarly we welcome the signals that government will compel schemes to provide data, even though the timeline is dependent on parliamentary time and is at this stage unknown. In the early stages, where there are gaps it is essential people are helped to understand where these are so they don't base future plans on incomplete data.”