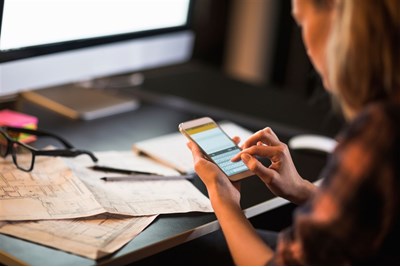 From 2016 companies will have to publish gender pay gap data

Four years after the launch of the government’s gender pay gap reporting scheme Think, Act, Report (TAR), which encouraged businesses to publish their equal pay data, only five have revealed their figures. This, despite more than 280 firms signing up to the scheme.

TAR aimed to highlight and close the pay disparity between male and female employees in the UK. According to the latest figures from the Office for National Statistics this was 19.1% for part-time and full-time workers combined in 2014, down from 19.8% in 2013. So on average a woman earns 81p for every £1 earned by a man.

In light of TAR’s poor performance, the government will enact Section 78 of the Equal Pay Act 2010, which will force companies with more than 250 employees to carry out equal pay reviews and publish their gender pay gap data from 2016. Failure to comply could result in a fine.

A consultation, ending on 6 September, has gathered input from UK business groups and industries on how this information should be collected, how often, where it should be published and what format the reporting should take.

Experts are reluctant to speculate on what details the finalised regulations will contain – even vague terminology such as ‘pay’ and ‘employee’ needs clarifying. But they are forceful on what they want more broadly from it.

“It needs to be simple,” says PricewaterhouseCoopers (PwC) HR director Sarah Churchman. “Organisations with 250 staff have very different structures than those with 20,000, so it must be very clear about what needs to be reported and how the gap is calculated.”

Last year PwC became the fifth company in the UK, after Astra Zeneca, Tesco, Friends Life and Genesis Housing, to publish its gender pay gap (15.1% in 2013), and Churchman is clear on what works.

“The Government Equalities Office is keen on companies reporting the median figure but our view is that the mean figure is far more meaningful as it includes the outliers, such as men at the top of the wage bracket and women at the bottom.”

“[The plans] need to be flexible enough to allow organisations to conduct their audits in a way that is meaningful for them,” he explains.

He says that a single pay gap figure could provide a distorted view of pay practices, where for example the bulk of higher-paid jobs in a firm might be male-dominated engineering roles.

“The danger is that a single figure will disguise variations at different levels. Providing narrative is one way of addressing that but they ought to be looking at how they segment and grade the data too,” he says.

Of course businesses with 250-plus staff should have their payroll clearly documented. But breaking it down to explain potentially embarrassing figures may add to their already extensive administrative burdens.

So, although the regulations will come into force in 2016, the government is undecided whether to phase in implementation – starting with larger companies to give smaller firms time to get themselves in order.

Get to grips with data

Willmott says employers should already be getting to grips with what data they have available: “You must establish if you have the necessary information to conduct a pay audit and address any shortfalls so you have a basis for reporting once the regulations come into force.”

The important thing, he adds, is for companies to identify their pay gap, why it exists, and crucially what action they are going to take.

“It’s not about a league table that ‘names and shames’,” he says.

However, Willmott points out that in the CIPD’s latest Reward Management survey, only one in five employers could show wage variation, suggesting many simply don’t have “a sophisticated grasp of their HR data”.

PwC’s Churchman highlights attitudes as another major hurdle. “Until you show a business leader that they have a problem they are inclined to say ‘not in my backyard’, but you can’t argue with data,” she says.

Churchman believes that TAR’s lack of progress is rooted in confusion about what a pay gap figure means, and concerns on the part of organisations about legal claims.

“A gender pay gap is not a confession that you have a problem. For example, if you are bringing more women into senior roles this can widen the pay gap because they move into the bottom of the pay grade and men within the band may move up,” she explains.

Churchman says awareness needs to be raised among employers to give a clearer understanding and to allay fears of “frivolous litigation claims”. Though high-profile equal pay cases such as those brought against Birmingham City Council and Sainsbury’s are placing employers’ pay practices under increased scrutiny, partner at law firm Mayer Brown, Stefan Martin, doubts the regulations will boost claims.

“It will flag up the issue and motivate people to raise concerns but it won’t provide evidence so I don’t think we’ll see floodgates open,” he says.

Instead businesses should see this as an opportunity to improve their performance and use the data to present themselves as “best in class”, adds Martin.

The CMI’s Woodman points out though that equal pay is just one aspect of the broader issue of women’s lack of progression through the workplace.

The Davies Report – which targeted and has achieved a 25% female presence on FTSE100 boards by 2015 – is evidence, however, of how similarly positive the mandatory gender pay gap reporting might be, says director of economy and employment at the Equality and Human Rights Commission Karen Jochelson.

“It will open up a lot of discussion and debate around whether particular job markets are restricted for women, and if so what’s the remedy,” she says.

Indeed Churchman says publishing the data has led to greater accountability at PwC. “Whatever your number is, it’s more important for your employees to know what you are doing about it and how it fits into your wider diversity programme,” she says.

“It’s easy to say words that aren’t backed up by actions.”