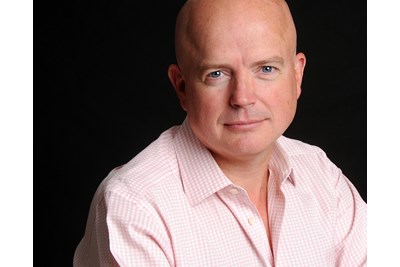 Canada’s HRPA is leading some interesting work on HR professionalism at the moment. One aspect it is considering is that HR professionals should assert greater commitment to doing good than to economic gain, and to the quality rather than the economic efficiency of work.

So for example, HR professionals would always offer feedback after a recruitment interview, and do this because it is the right thing to do, not just to support their employer brand. To some extent this links with social responsibility, but doing the right thing provides a clearer guide to behaviour than whether something is a priority under social responsibility or not.

It will be interesting to see what emerges from Canada’s debates, but until then, the best way to support doing good is to find opportunities where broader good work objectives align with business needs. The easiest opportunity is to focus on pay, and particularly the difference between the highest and lowest paid within an organisation.

From the broader ‘HR professionalism as doing good’ perspective, wealth inequality should be something we want to take action about. For many people this is simply about moral repugnance at the growing gap between rich and poor. But even if we are comfortable with this then the lack of trickle down from the wealthy to the poorest in society must be a source of concern. These days even David Cameron wants to give Britain a pay rise.

And even if we're comfortable with unrestrained reward for those with the most talent, we must be concerned about the value we are generating from this level of reward. There is research and plenty of everyday evidence to suggest that high pay can distort and corrupt, and that most of what we perceive as talent is actually based on more general factors such as opportunities for undertaking disciplined practice, and the availability of organisational support.

Whatever you think about pay differentials yourself – possibly coloured by your own level of pay – is largely beside the point. The bulk of your workforce is likely to believe that their own pay is too low, and that the organisation’s pay differentials are too high. That might not have been important 10 years ago, but today most jobs involve knowledge work rather than production, and is collaborative rather than individual in nature.

But people only collaborate when they trust each other, and this depends in part on a shared social identify. We want our CEOs, other executives and the rest of the workforce to feel connected and that they are all part of the same team. This is unlikely to be the case when the CEO gets paid 130 times as much as the average employee (which the High Pay Centre suggests is the case for the FTSE 100 currently.)

High pay differentials therefore mean our employees are less predisposed to collaborate, and that when our highly-paid, carefully selected CEOs announce a new strategy, our employees are more likely to ignore it and concentrate instead on covering their own backs.

Organisations might do better with a less well-paid and even a less talented CEO (but who is seen as part of the same social group) so that when they announce a new strategy, the workforce feel they want to step up and execute it.

This is why reducing pay differentials is not just a doing good objective, which we might want to support as HR professionals, but is also a critical requirement for meeting business needs.

Jon Ingham is an executive consultant at Strategic Dynamics Consultancy Services, and a professor of HR and change management at COTRUGLI business school