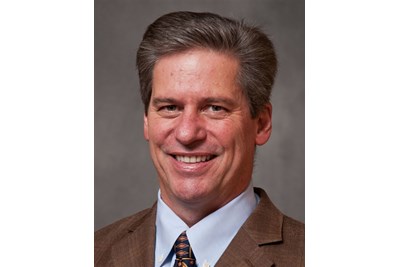 By making assessment a regular part of corporate life, we can harness the 'big data' for senior level succession decisions.

One can barely escape hearing the term ‘big data’ today. Consultants, as well as companies and thought leaders are all pontificating on how using big data can provide unique insights that will inevitably result in better organisational decisions. CEOs, boards, and C-suite executives have become converts too, and now demand organisational efforts to harness the power of big data.

However, one aspect of the organisation ignores the power of data: CEO succession.

As part of the 2014 HR@Moore Survey we contacted 560 CHROs at large US-based companies and asked them about the assessment practices they use to evaluate CEO successor candidates. Because the role requires an almost exponential change in complexity, accountability, visibility, and communication, we suspected firms would invest heavily in gathering as much information as possible. More information provides a greater foundation for accurately predicting who will quickly and effectively adapt to these increased requirements.

Past performance profiles topped the list of assessments for internal candidates, used by 95% of the companies. This was followed by past development needs (88%), 360° evaluations (80%) and unstructured interviews (69%).

In my research on CEO succession, it appears that the assessment process must address three things: performance, capability and potential. This recognises the fact that taking on the CEO role places new requirements on an individual that they might have never even experienced before.

The challenge is to find ways to assess whether or not someone has the potential to adapt to these increased requirements. For this, a number of professionally developed and validated methods like personality testing, cognitive ability testing, assessment centres, and simulations might provide greater insight, yet these do not appear as a common part of CEO successor assessment.

One CHRO noted that potential is the most difficult to assess, and that while the techniques I mention above would be useful, most senior leaders would balk at having to undergo such a process. This might be overcome by creating a culture of assessment. Executives do not resent attending training, because they have received it right from the time they first entered the organisation. Therefore, it has become part of the culture and the accepted process of growth.

Similarly, by developing a variety of assessments at regular stages of their career, executives would become used to the process of assessment. Not only would these help them identify and develop their weaknesses over time (probably with greater accuracy than their supervisor’s ratings), but also the previous assessments would provide a ‘big data’ set of information to be used as part of senior level succession decisions. They would, in theory, make it a natural, even expected, part of the process when being considered for a CEO role.

In other words, the time to gather big data is throughout one’s career, which requires a long-term commitment to building a culture of assessment. Creating such a culture takes time, so the time to start is now.