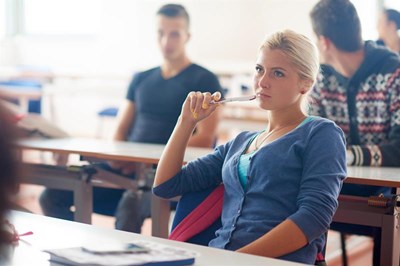 Only 20% of Generation Z students starting university believe they will go on to secure their dream job, according to a study by EY.

This figure drops to 10% as Gen Z (those currently 16- to 20-years-old) progress into the second and third years of their degrees.

Of the 1,400 students surveyed around half (51%) reported greater willingness to compromise job expectations. Just one in five (21%) said they would refuse on principle to work for an organisation with a poor reputation, with the majority (67%) refusing to rule any opportunity out.

Job security was found to be the top consideration for Generation Z (58%), ranked above 'working in a dynamic and exciting environment' (54%) or 'making a positive impact in society' (49%).

“The so-called Generation Z grew up during the financial crisis, a time of deep uncertainty. Now they are faced with future uncertainties caused by Brexit and wider global political events. This appears to have markedly affected their outlook on the world of work,” said Maggie Stilwell, EY’s managing partner for talent , UK & Ireland.

The survey also found that just 38% of students believe graduate selection processes provide 'a fair assessment' of potential and suitability. Of those who consider processes unfair, 60% think 'it’s still who you know, not what you know'.

Additionally, only a third (33%) believe that anyone from anywhere can get any job providing they have the right skills. Experience and background were cited as the most common barriers.

“Employers need to think harder as to how to harness the talents of students from school leavers through to university graduates,” said Stilwell. “At EY we have taken steps to open up the profession to more young people by providing career advice and paid work experience to students from the age of 16, as well as creating 200 apprenticeships. We also offer online tools to help this technology-savvy generation understand what it is like to work at EY and how to navigate the recruitment process.”

The students surveyed said they rely on personal networks as their most helpful source of careers advice, rating parents and family (56%) and friends (52%) ahead of careers advisers (37%).

In a separate study from think tank the Resolution Foundation has found that the gender pay gap has narrowed to 5% between men and women in their 20s, although it widens as women enter their 30s and 40s.

The report found that the gap for workers in their 20s was 16% for the baby boomer generation, 9% for generation X but only 5% for millennials (those born between 1981 and 2000). However, the the think tank also warned that the "lifetime earning penalty" for women starts to build significantly once they start having children.