One in five employees want a 'virtual workplace' 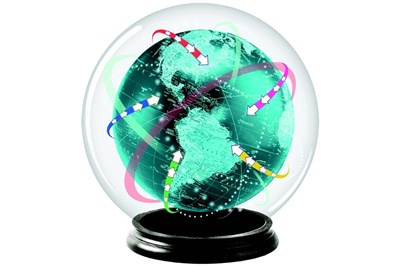 Only 14% of UK workers want to be in a traditional office environment, with one in five favouring the option to log in remotely, according to a report by PwC.

It revealed more than half (53%) believe technology will significantly change the way people work over the next five to 10 years.

The report also suggests global workers are optimistic about the future of work. Two-thirds (66%) think they will be successful in the future, with 64% seeing technology as helpful for their career prospects.

Social conscience and environmental awareness are two areas that people see becoming more significant for employers in the future.

Almost two-thirds (65%) of respondents want to work for an organisation with a strong social conscience. Subsequently 36% of HR professionals are building their talent strategies around societal and environmental issues.

"People are much more open to the positive aspects of technology for their working lives now," he said. "Having your own device isn't always seen as something that means you always have to be available. It's more of an enabler that allows you to be successful."

Companies are starting to take their "environmental impact" more seriously too, according to Bruce.

"For a while you've had cycle to work schemes and thing like that, but changes to working practice will mean for some sectors the business model will fundamentally change," he said.

"For some areas such as manufacturing you're still going to need a critical mass of people, which means travelling. But for those sectors that don't it will have a very positive impact on the environment."