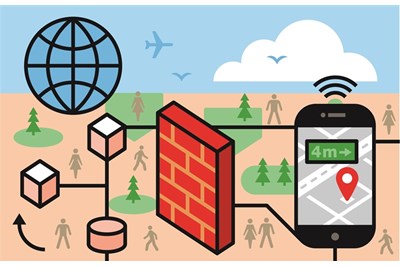 I find T&A tool very beneficial for both employees and managers. We use Yaware.TimeTracker, and all the data are gathered automatically, it saves a lot of time and eliminates human mistakes. ...

As new ways of flexible working permeate our lives, time and attendance tools are becoming increasingly sophisticated. But is this to everyone's benefit?

With the CIPD reporting only 45% of staff now work from their company’s core office most of the time, the T&A toolkit is shifting to reflect the 21st century workplace – wherever it may be.

Thanks to the emergence of tablets and mobile devices, providers have been able to extend core time and attendance systems to remote workers. The bulk of activity has occurred in the past three years thanks to the proliferation of apps.

Software provider Carval Computing reports that during this period it has experienced a 45% increase in demand for time and attendance type features that harness the latest technology, including solutions that utilise global positioning system (GPS) devices for location information. It has even been asked for facial recognition technology for field-based workers and homeworkers.

According to providers, these new technologies enable employers to reduce absenteeism, lower costs via automation, and increase productivity as a result of management having more flexibility. They also stress the benefits to employees.

“Employees can access information easily, like how much holiday entitlement they have left and how much overtime they have done, and they can book holidays and swap shifts with colleagues,” says Neil Pickering, marketing manager at Kronos UK and northern Europe. “They can do all this without going to line managers, HR or payroll, so it makes them feel empowered. The key is the power of the central solution.”

But some of the new services are more controversial than others. Enabling employees to clock in and access information using their mobiles is one thing, but incorporating GPS devices to tell you exactly where they are is quite another. It can lead to employees feeling over-scrutinised (Big Brother anyone?) and possibly even to legal problems.

Glenn Hayes, employment law partner at Irwin Mitchell, believes the reasons employers give for using tracking tools aren’t always truthful. “Some employers say they will be using GPS to keep track of safety when employees are out in the field, but one of the reasons they do it is to alert them to when staff are going to job interviews, and are clearly looking to move on,” he says.

Employers need to be careful, he adds. “Data protection issues mean that, unless it’s a particular concern being investigated, employers must explain why they are monitoring employees. It all needs to be used in the right way because if the employer is too ‘Big Brotherish’ workers can say it is ruining trust and can therefore claim constructive dismissal.”

Such GPS-based technology is proving particularly popular with construction companies and other organisations that send employees out to do a job, such as utility companies and housing associations. If they issue company phones, employers can make it part of the employment contract to leave the phone on – but they should obviously first engage with unions on the subject.

However, there are plenty of employers who want nothing to do with the idea. Angela Gibson, head of HR operations for the UK at Zurich, says she hasn’t considered using this type of software. “We already apply a degree of flexibility to help us deliver services to customers, and our employee value proposition is about trust and creating a suitable environment for wellbeing,” she adds. “All this conflicts with the idea of monitoring them too closely.”

Stephen Bevan, director of the Centre for Workforce Effectiveness at the Work Foundation, feels that while GPS can be a useful tool in those organisations where the emphasis is on monitoring time put in as opposed to outputs, there is a danger that it can “reduce the whole employer/employee relationship to a transaction”.

Screenshots of employees’ computers taken remotely involve similar pros and cons. Ksenia Zheltoukhova, research adviser at the CIPD, has come across home workers complaining that too much interference from employers makes them feel like they are back at school and being asked to produce their homework. Some have even felt the need to send out unnecessary emails, just to try and prove they are working.

“I think most companies tell employees what they are doing, but the problem is they might not allow them to opt out and there is also the matter of how it’s perceived by people,” explains Zheltoukhova. “Companies should ask themselves whether they are actually using this data rather than just collecting it, considering the potential downsides. We know that trust is the core issue for flexible workers, and there are so many productivity-enhancing apps that employees can use of their own accord without the issue of being monitored.”

Biometrics such as facial or fingerprint recognition throw up far fewer issues simply because comparatively little use is actually being made of them for monitoring mobile or remote workers.

Guy Ellis, director of HR consultancy CourageousWorkplaces, says so far the demand for facial recognition technology is low, and adds that it doesn’t always work as “people’s appearances can change from growing facial hair, wearing glasses and picking up sun tans, and in particular from the angle at which they present their head”.

“Fingerprint technology would be more reliable, but is not cost-effective as it takes a huge amount of time to operate,” he adds.

Video conferencing, which is increasingly being used to make a visual connection with remote workers via software like Skype, FaceTime and WebEx, involves far fewer potential downsides. If mobiles prove to be too small, laptops can be used instead. Additionally, because some systems have to be booked for set periods, it can have the added advantage of preventing meetings from dragging on.

Online student property platform StuRents is considering using a Robosapiens – a highly mobile form of video conferencing that can walk around the room with you. It wants to ensure that all eight staff at its London head office have access to instant visual contact with the company’s chief technical officer, who is based in Manchester.

StuRents managing director Michael Rainsford explains: “The nature of our business requires instant feedback, and this technology can provide video conferencing at the touch of a button. It’s important to actually see our CTO, as culture is very important to a small business, and as our team grows they all need to feel integrated.”

Other high-tech devices capable of assisting and monitoring flexible and mobile workers will doubtless also gain momentum in due course. Bevan is expecting to see a lot more activity around wearable devices, such as wristbands and smartwatches. However, these may prove double-edged instruments if used in the wrong way.

Monitoring time and attendance data can have its uses (for payroll and making sure employees are safe in risky situations, for example), but the issue of trust looms large over the more intrusive tools.

I find T&A tool very beneficial for both employees and managers. We use Yaware.TimeTracker, and all the data are gathered automatically, it saves a lot of time and eliminates human mistakes. http://timetracker.yaware.com/time-and-attendance-software-employees

Why tech must be altruistic