Office affairs: When business is mixed with pleasure 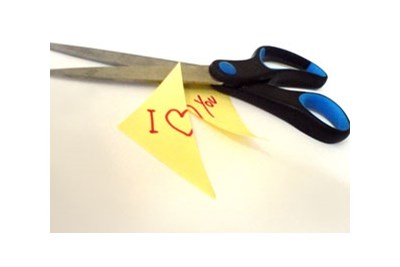 About 20% of married couples meet at work. If the contents of unreasonable behaviour divorce petitions are anything to go by, and with ever increasing numbers of workplace affairs, many involving a colleague or client, the percentage of people who meet at work and have an affair are far greater than this.

But when workplace affairs go wrong, the collateral damage can be significant.

It was recently revealed in the press that Sir Fred Goodwin had an affair with a senior colleague while he was head of the Royal Bank of Scotland, which has brought workplace relationships into the news again.

With an ever increasing pressure to spend more and more time at work, the office becomes, for some, the focal point of their life and one of the main ways to meet people. Working late in the office turning around documents; staying in a second-rate hotel for a business conference; team drinks after work to celebrate the end of a deal; sending a flirty email.

For some, these are mundane workplace activities, but for many employees these situations provide the opportunity to set their libidos racing. And this is before the dangers of the office Christmas party…

Affairs at work are nothing new, yet they continue to cause headaches for HR teams. Those involving a senior and a junior member of staff can cause particular problems. As the rumour-mill whirrs into action, the truths and untruths around such unions can give rise to serious tensions within teams, upsetting the dynamic, affecting morale and productivity and leading to calls of favouritism and even discrimination.

Employers must walk a fine line between protecting the business and interfering in their employees' private lives. Some organisations have an outright ban on workplace relationships, although it is more common (and for most organisations, preferable) to have a requirement that any such relationships are declared, to allow for appropriate action to be taken. The danger with outright bans is that, rather than ignoring the flirtations round the photocopier, employees will often carry on in secret, potentially to the serious detriment of the business.

A relationship that is allowed to be out in the open is far easier to manage through means such as ensuring the couple do not work together and minimising any opportunities for favouritism or discrimination. There is no fun in gossiping about something that is already common knowledge. However, managing a relationship which has gone wrong is another matter.

The picture is more complex for regulated professions, or where an individual has regulatory responsibilities. This is relevant to sectors such as the police, healthcare, education and banking. A dentist who had a long affair with his nurse was suspended by the General Dental Council for four months for conduct described as "unprofessional, inappropriate and not in the best interests of patients". His nurse was also suspended for two months for selling her story to a magazine.

The Financial Services Authority (FSA) has drawn up principles which apply to persons managing 'controlled functions' or 'significant influence functions' and a workplace affair could lead to multiple contraventions of these, potentially breaching the integrity of company compliance systems. In this light, an undertone to Sir Fred Goodwin's affair with a 'senior colleague' aside from the super-injunction furore, is whether or not it influenced his actions as RBS collapsed.

For many employers, a discrimination claim is the threat that looms the largest. The best starting place is to cultivate an open atmosphere: if the facts are known, the business will be better able to tackle any potential grounds for discrimination before they become an issue.

Extramarital affairs are always the most tricky, as they are more likely to be short-term and can involve complex emotions for the couple. Where known about, these should be treated with greater care to ensure that any fall-out does not give rise to harassment and/or victimisation issues. Similarly, relationships which involve people of different seniority can lead to difficulties when the affair ends.

Further, it is important not to forget that discrimination, harassment or victimisation might not just arise between the parties. There may be colleagues who disapprove of the relationship, whether through jealousy, morals or otherwise and treat one or both of those involved differently as a consequence.

Relationships between colleagues are always going to happen and, unless required by law, outright bans are not usually the best method of control; indeed for some this may add to the illicit thrill. If organisations instead facilitate a mature, open and consistent approach which is clearly communicated to all employees then the emotional minefield may be easier to negotiate and minimise the possibility of potentially costly and otherwise damaging tribunal claims when things go wrong.

Richard Collins is a family law expert and Emilie Bennetts is an employment solicitor at Charles Russell LLP.