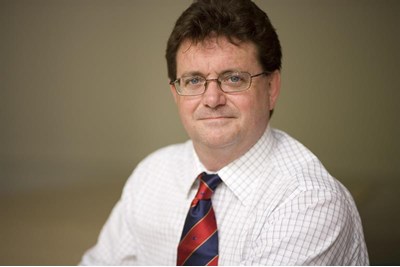 Whatever your personal judgements about the causes of a health condition, we will get better outcomes if we provide support rather than vilification

Obesity represents one of the most urgent public health challenges. In the UK one in 25 10- and 11-year-old children are severely obese, and by 2035 the number of adults who are morbidly obese is forecast to double.

Last week in Vienna I presented at the European Congress on Obesity and discussed the challenges of obesity discrimination in employment – an area that is frequently neglected by policymakers and HR practitioners. The session, and the consequent media coverage, turned out to be far more eventful than I’d anticipated, with headlines reporting sensationally, and misleadingly, that I was proposing obese individuals ‘should be allowed to arrive late to work.'

In fact the argument I was making was much more nuanced. In an ageing workforce where people will need to retire later, the growing prevalence of chronic health conditions and widening health inequalities is likely to represent a problem for several areas of policy interest across Europe. This includes productivity growth, social inclusion, ‘more and better jobs’ and active and healthy ageing.

Growing rates of obesity in the working-age population make all of these aims more difficult to achieve. This is because sickness absence, presenteeism and productivity losses increase as obesity increases. Likewise, obesity is a risk factor for a number of other health conditions that can affect attendance and performance at work. These include osteoarthritis, Type 2 diabetes, cardiovascular disease, cancer, depression and anxiety. Each of these can be associated with what are called ‘functional impairments’, which can affect what doctors refer to as ‘activities of daily living’, including employment.

Another issue is that obese or overweight working-age people experience considerable stigma and discrimination both in the jobs market and in workplaces. Forty-five per cent of employers say they are less inclined to recruit obese candidates, obese people are less likely to be regarded as able leaders or to have career potential, they have lower starting salaries, are more likely to experience bullying and harassment, and obese women are less likely to get customer-facing jobs.

Where do employers and HR fit in to this scenario? At the conference I added that a landmark European Court of Justice ruling, the Kaltoft case, shows that functional impairment (e.g. reduced mobility) resulting from extreme obesity (but not obesity per se) can be considered as coming under the scope of equalities legislation as a ‘protected characteristic’. As such employers need to be prepared to make ‘reasonable accommodations’ to help people remain in or return to work. This can mean modifications to workplaces, flexible or remote working or flexible start and finish times.

At the root of the problem of stigma is the persistent belief that obesity is ‘volitional’ i.e. a lifestyle choice. This belief remains strong among the general public, some journalists and even GPs. One of the core messages from the Government Office for Science’s 2007 Tackling obesities: future choices report is that – despite the persistent belief that obesity has a simple set of causes, and therefore a simple set of solutions – there needs to be a more systematic approach to tackling a worsening problem.

This finding was echoed in a review for the government conducted by Carol Black in 2016, to which I was an adviser. It concluded that obesity is a ‘multi-factorial problem that is not yet completely understood’ and that ‘obesity is associated with a wide range of risks of poor health, possibly cumulative, which can bring labour market disadvantages, such as increased absenteeism and presenteeism, discrimination and stigma, and lower wages’.

It is easy to depict the effort to support employees with obesity-related illnesses or health conditions as an indulgence that ignores the ‘self-inflicted’ nature of being overweight. Indeed, obesity has been called the ‘last acceptable prejudice’. My experience is that, whatever your personal judgements about the causes of a health condition may be, if we want to have an inclusive labour market we will get better and more sustainable outcomes if we provide support rather than vilification.