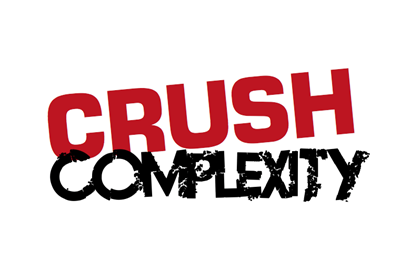 The Government’s call for evidence on compensated no-fault dismissal closes this Friday and industry groups have warned of harmful consequences of a "poorly thought-through" regime enabling micro businesses to dismiss at will.

The Employment Lawyers Association (ELA), a campaigning group of 6,000 employment lawyers has cut through the controversy of no fault dismissals to highlight the key issues it believes business secretary Vince Cable must examine in responding to proposals from venture capitalist, Adrian Beecroft.

Britain's manufacturers have called on the government to refocus its efforts on the areas of employment reform that will deliver genuine benefit for business.

In its submission, EEF, the manufacturers' organisation indicates that the concept of compensated no-fault dismissal commands little support from Industry, that its benefits would be limited and that it would make little or no difference to recruitment plans.

It also believes that the proposals risk undermining the gains that employers have made in increasing flexibility and productivity by working more collaboratively with their employees.

The proposals sparked an explosive clash between Beecroft and Cable, who has set a deadline of 8 June for responses to a Call for Evidence to assist Government in deciding what action to take. The proposals came against the backcloth of Government's drive to cut red-tape regulation seen as stifling business growth.

The ELA, an apolitical body which campaigns for reform to make employment law clearer and more workable for employers and employees - has highlighted the critical issues arising from the proposed introduction of compensated no fault dismissal (CNFD) which, it says, must be addressed thoroughly before any change to regulations.

While ELA sees plus points for micro businesses in being able to dismiss staff without risking unfair dismissal claims in return for the employee receiving an appropriate pre-defined sum in compensation, it is concerned about harmful consequences.

ELA members, employment lawyers James Davies and Howard Hymanson, who led the ELA group which examined the proposals and have submitted views ahead of Vince Cable's 8 June deadline, point out that changes extending the qualifying period for unfair dismissal claims to two years for employees starting work after 6 April 2012 already give employers much greater opportunity to deal with underperforming staff.

"No fault dismissal may further reduce unfair dismissal claims but we could well see an increase in different types of claims from aggrieved employees, for example under discrimination or whistleblowing rules," said an ELA statement.

"Further dispute might also arise around the definition of a 'micro business' unless Government prescribes precisely when headcounts are made."

The Government's own research, which echoes the experience of ELA's broad membership, shows that dismissal and disciplinary processes are not a major concern for business and do not act as a brake on companies taking on staff.

But ELA thinks there is a danger that companies with up to nine employees may deliberately limit their own growth and expansion so that they can retain the ability to carry out a CNFD.

ELA also believes the introduction of CNFD could make people think twice about working for a micro business, knowing that they would have less employment protection than with a larger employer and could be sacked at will.

ELA argues that the pre-defined compensation for a sacked employee needs to be set at such a level that it is affordable for business but not so low that it could be seen as a licence to ride roughshod over employees' rights.

EEF is concerned that the controversy over this is diverting attention from many of the other proposals which command much greater support from business and, where government needs to move faster. To address this EEF issued a five-point plan for employment reform

2. Delivering on commitments to reduce the number and length of Employment Tribunals by streamlining the process, making greater use of conciliation and requiring claimants to lodge fees ahead of making a claim

3. Simplifying TUPE regulations to allow employers to harmonise terms and conditions of employees a year after the transfer of the business has taken place

4. Helping employers to manage performance by introducing protected conversations which give employers a safe space to discuss performance issues with employees without triggering legal action and making it simpler to reach compromise agreements if the employment relationship has come to an end.

5. Clarifying its plans for shared parental leave and ensuring that any such system is kept simple to operate

EEF chief executive, Terry Scuoler, said: "The Government is right to focus on making our labour market more flexible but the case for no-fault dismissal is far from proven. We've found little support from industry for introducing no-fault dismissal, its benefits look pretty limited and we've seen no evidence that it would increase recruitment.

"The Government now needs to take a hard look at whether the claims for its benefits are real and at the risk of damaging employment relations.

"We are concerned that the controversy over no-fault dismissal is distracting attention from the issues that really matter to business. The government has many good ideas on collective redundancy, employment tribunals, TUPE and compromise agreements and it now needs to get on with implementing them before moving any further on no-fault dismissal."