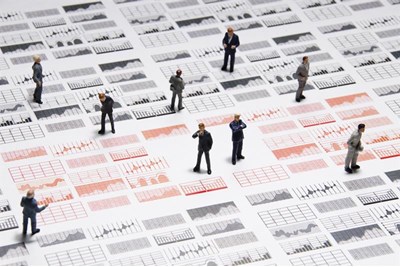 A new tool calculating the return on investment (ROI) of employee assistance programmes (EAPs) has been launched, as employers struggle to collect wellbeing data

Created by the Institute for Employment Studies (IES) on behalf of the Employee Assistance Professionals Association (EAPA), the tool aims to enable an evidence-based approach to workplace wellbeing by allowing employers to capture data to demonstrate cost-effectiveness and health benefits.

It has been launched in response to the current lack of evidence of the cost-effectiveness of workplace health initiatives.

An interim study report by IES found that, while there is evidence for investing in employee mental health, previous data collected has not sufficiently related to UK small and medium-sized businesses but to large businesses in the US. The organisation drew on analysis to demonstrate the productivity gains associated with improved wellbeing as a result of the use of EAPs.

Speaking to HR magazine, IES research fellow and co-author of the report Zofia Bajorek said that the tool came in response to some of the barriers facing employers when using EAPs: "We've seen that a high number of employers are not promoting their EAPs anywhere near enough – a lot of people don't seem to know they exist. Secondly there's a problem around confidentiality. A lot of employees are scared that if they use an EAP it'll get back to their manager, so employers need to be really clear that their privacy will be respected."

Bajorek added that many organisations are well-meaning when it comes to workplace wellbeing but struggle to know what to offer.

"We know that wellbeing is firmly on employers' and the public's agendas, as we've seen from prince William calling for better efforts in this area... in Davos. But it's hard for employers – we are still in an age of austerity, and every decision that HR makes has to be backed up with cost-effectiveness,” she said.

It’s hoped the new tool will “help employers show the real evidence-based value of EAPs” and show that workplace wellbeing is not just “made of token gestures”, Bajorek continued.

Neil Mountford, chair of the EAPA, added that collecting wellbeing data is currently an area neglected by employers. "While EAPs are among the most commonly-used wellbeing interventions in the UK, with close to half of the workforce (a total of almost 14 million) having access to an EAP, very few providers or employers have been able to collect data beyond basic take-up and satisfaction surveys," he said.

"Data from the first users of the tool has shown that EAPs have a significantly positive return on investment in terms of organisational as well as individual outcomes. As we gather more data from EAP providers, the IES will be able to further develop the tool and provide more in-depth analysis of financial outcomes – meaning increasing levels of credibility for the figures and their use with senior management and for wellbeing strategy investment."

Early indications from data collected from the tool suggest that the ROI of EAPs is positive, even with lower absence and utility figures. The IES will publish core findings of the study later in 2019.