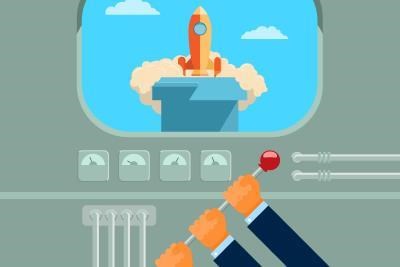 The challenges facing people with leadership responsibility are increasingly complex. The fact that a phrase – ‘volatility, uncertainty, complexity and ambiguity’ – borrowed from the American military to describe extreme conditions in Afghanistan and Iraq now resonates in industry is something we should probably pause and think about. It is likely to be the reason that coaching continues to grow in popularity, and that one of the most common benefits of coaching reported by the individual receiving it is that it ‘gives me time to think’.

Three key pieces of new research confirm this increased importance. They also show that what the organisation values most from coaching isn’t what the person being coached values most, and that applying knowledge of neuroscience can help target coaching more effectively – both for the organisation and the leader or team being coached. The three research pieces are detailed below.

The 2016 Henley Corporate Learning Survey is the latest research into current organisational learning and development trends. It surveyed 439 respondents from 47 countries; 62% of them were non-HR executives, 38% were HR executives.

It found that for both large (more than 500 employees) and smaller (fewer than 500 staff) companies, the two greatest organisational challenges in the next three years were: effectiveness of management and organisation-wide leadership capability.

The development priorities for key staff groups showed that for both senior executives and high potentials, number one (out of 15) is leadership capabilities, and fourth is coaching skills.

We can also see that team coaching and individual coaching have increased year on year in popularity, and are first and second in the ranking of most popular learning and development methods.

The second piece of research, the MSc dissertation ‘An Investigation into the Consistency of Expectations between Stakeholders in the Purchase, Adoption and Deployment of Executive Coaching’ (Sartain D, 2013) uncovered a frequent marked difference between the focus of the individuals in the coaching relationship and of the organisational representative paying for it. One of the main conclusions was that buy-in from the coach and the coachee to the organisational objectives needs to be explicit from the outset.

The decision to purchase coaching by the organisation was found to be much more transactional. The coach, and the coachee, were much more vocational, and focused on the quality of the relationship rather than any specific knowledge or technical expertise in the coach. Coachees were very explicit about what they valued from coaching. It was not about being helped to achieve workplace objectives, but about being acknowledged and feeling valued as an individual. This was often as a result of not getting this from their experience in the workplace. While coaches understand this, it seems organisations generally do not.

In the third piece of research, the book The Neuroscience of Leadership Coaching: Why the tools and techniques of leadership coaching work, the authors (including myself) used our experiences as executive coaches to identify core issues brought to coaching by people in leadership situations, analysing these through the neuroscience lens to shed light on why some situations cause people to become ‘stuck’, and to benefit from coaching.

An interesting area to emerge was the layers of engagement necessary. The following is an excerpt from the book on this:

‘Neuroscience tells us that the very process of coaching is likely to create a change in the coachee’s brain. In many cases, the issues that a coachee brings to the coach will be the result of stressful, anxiety-provoking or threatening situations. In this case, the amygdalar activation resulting from the stress can lead to a level of arousal that makes coaching difficult. High levels of stress cause the brain to focus on the most salient and potentially threatening aspects of an experience and therefore can result in a narrow focus of attention, lack of flexibility, increased sensitivity to criticism and a dependence on habitual ways of thinking. This is hardly a brain state that is conducive to coaching.’

The book goes on to describe how coaches can reduce this anxiety to produce a fertile ground for further coaching: ‘There are several initial steps that a coach can take to reduce arousal and anxiety and to bring the coachee into a more resourceful state. Creating rapport is likely to increase the coachee’s sense of security and belonging through creating a feeling of social inclusion, with a subsequent decrease in amygdalar activity. Similarly, repeating or paraphrasing an individual’s words has been shown to create a feeling of being understood, thus increasing positive feelings. Thus, by establishing rapport, and demonstrating careful listening, the coach is already causing positive changes in the coachee’s brain.’

We are only at the beginning of being able to join up new technical insights into how our brains work with practical applications of this knowledge into activities such as coaching. It is very encouraging, however, that once some of the basic facts are understood, it is relatively straightforward to integrate them into many aspects of organisational life, including effective leadership coaching.

Take this case study, included in The Neuroscience of Leadership Coaching. Jon, a senior HR team leader at the University of Singapore, presented his coaching issue as follows: “I am working very, very hard – long hours. There is so much to do. I have a team of 12 people reporting to me now as two units have merged, and they are all looking to me to tell them what to do. I feel like I have my job and 12 other jobs to work out each day. I have two young kids, my wife says she feels like a single parent. My boss thinks I can go far, but unless I can get some control over my life, I am going to start making mistakes. I just don’t know where to start, there is never any time to think or plan.”

The underpinning factors here are the quantity of items in the ‘contents list’ that the coachee is trying to hold in their consciousness at the same time – an impossible task, with the consequences of things being ‘dropped’. The emotion attached to not getting everything done can also be overwhelming and results in paralysis, displacement activity, denial or other coping strategies, which in turn cause their own problems.

The area of the brain responsible for focusing on tasks (prefrontal cortex) has problems focusing on more than one thing at a time – tasks that require similar types of processing (verbal, visual, hypothetical, logical, etc.) will compete for space. Studies have shown that the greater the degree of overlap between the brain areas required for each task, the greater the disruption when the tasks are performed together (Nijboer, Borst, van Rijn and Taatgen, 2014).

There is more to this case study in the book, but it shows how a coach with a basic understanding of neuroscience can recognise a leadership coaching challenge and approach it in a much more informed way.