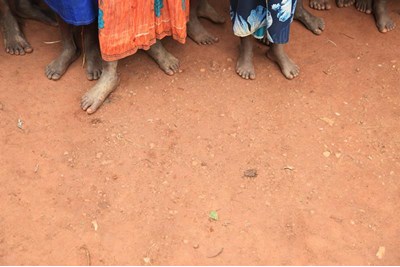 There has been a “collective failure of leadership” in addressing the sex abuse “endemic” in the aid sector, MPs have found.

A report from the International Development Committee said that leaders had been more concerned about protecting their own reputations than protecting victims of sexual abuse. It went on to conclude that the aid sector is guilty of "complacency verging on complicity" over sexual abuse and exploitation, which is "endemic" in the sector.

The Committee said claims of surprise over revelations of sexual abuse by aid workers were “not appropriate” and that it was an “open secret” for years that people in the sector were committing such acts.

The six-month investigation came in response to a number of sexual abuse scandals. In February The Times revealed senior aid workers at Oxfam had paid survivors of the 2010 earthquake in Haiti for sex. It then emerged in April that Save the Children would face a formal investigation by the Charity Commission after allegations it had failed to look into sexual abuse and inappropriate behaviour by its staff.

“In addition to the abuse of aid beneficiaries, there is also evidence of significant numbers of cases of sexual harassment and abuse within aid organisations,” MPs concluded.

“The aid sector, collectively, has been aware of sexual exploitation and abuse by its own personnel for years, but the attention that it has given to the problem has not matched the challenge.”

The Committee condemned the perceived “boys’ club” culture within aid organisations that left victims and whistleblowers feeling penalised, while perpetrators have often continued working in the sector even after internal investigations.

“New aid organisations are often created overnight in response to images broadcast from disaster-stricken areas from across the world. These new entities tend to be a handful of well-intentioned people who are very mission-driven and, because they often lack experience, competencies and resources, they can be complacent on certain safeguarding issues due to their focus being ‘getting the job done’,” he explained, adding that this means “HR policies tend to be limited if they exist at all”.

Butt suggested larger charities can be “complacent” and that policies “are not always fully rolled out or translated into local languages so local beneficiaries do not always know how to raise concerns”.

Committee chairman Stephen Twigg described the report as "damning" and asserted that "no matter how insurmountable this looks solutions must be found”.

Speaking to HR magazine about these recommendations, Helen Giles, executive director of people and governance at St Mungo’s agreed that these four areas are needed “for making sure beneficiaries and staff know what their rights are”.

“People need to be aware there will be no adverse consequences if they raise concerns,” she said, recommending charities introduce a number of different support networks so that “there is more than one avenue [through which] to raise a concern”.

Pointing to the accountability step, Giles said there “needs to be clear codes of conduct for staff of all levels” and called for mandatory training.

“Training around safeguarding issues needs to be made mandatory for all staff working in the charity sector so that everyone knows what the issue looks like and how to raise concerns,” she said.

“Screening is a big issue,” she added, explaining that St Mungo’s has policies in place to ensure someone accused of abuse or inappropriate behaviour can’t be paid off, is reported to the DBS, and the issue is disclosed in any future job references. “In charities there has to be this blunt instrument approach,” she said.

Guy Pink, former executive director of HR at Addaction and currently associate lecturer at Chichester College and portfolio careerist, said while the “aid sector [is] once again in the news for the wrong reasons” this provides an opportunity for HR to step up.

“This is […] an amazing opportunity for skilled HR professionals to support the leadership teams with getting their own house in order – assuming that they are not paying lip service and hoping the furore will die down before continuing exactly as before,” he told HR magazine.

“So HR can at last bring about a sustained culture change, understanding or creating new values and behaviours for their organisations, recruiting and rewarding against these and, as importantly, managing performance and taking tough decisions when these fall short.”

Pink added that the “role of trustees is equally important in holding CEOs and executive teams to account” alongside HR.

“The few rotten apples in the aid sector must be rooted out and only the highest ethical standards will do. HR can help create sustainable and transformative change,” he added.

Butt added that “in the wake of the Oxfam sex scandal, many charities have ‘ramped up’ their safeguarding measures but many HR leaders acknowledge more could be done”.

He said that HR can do much more to “proactively limit opportunities for sexual predators to have access in remote areas in the developing world but only if they are supported, resourced and empowered”.

“At the very least a DBS check needs to be carried out for all staff that are likely to have access to vulnerable communities together with an online review of the various social platforms staff are engaged on to get an insight. This can also highlight whether they are politicised with extreme world views,” he added.

Screening processes can be costly to the organisation, but are important to gaining an insight into individuals before placing them with vulnerable beneficiaries, he continued.

“A more thorough option can be to use screening solution providers that access intelligence information used by governments, banks and intelligence agencies. This is more costly and resource intensive but gives a greater degree of assurance that an individual has been ‘checked out’ before being deployed to a vulnerable community.”