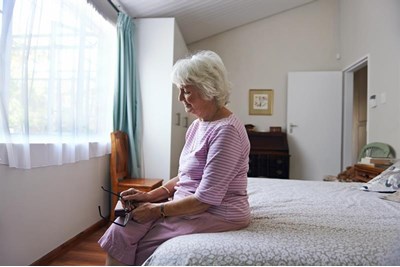 Twenty per cent of people in the UK who retired in the last five years are finding it difficult, a new survey suggests, while of those planning to retire in the next five years only 56% are looking forward to it.

The Yougov figures form part of a wider study by the UK branch of the Calouste Gulbenkian Foundation (CGF) and the Centre for Ageing Better. The poll of 2,000 people, half of whom retired in the last five years and half who will retire in the coming five, showed that of those about to stop work 45% had no plans to gradually reduce their work hours in preparation and were heading for a ‘cliff-edge retirement’.

CIPD diversity and inclusion adviser Jill Miller said that employers should have policies in place to support employees’ transition into retirement. “Also managers must not think about retirement in binary terms so that what is often termed ‘cliff-edge’ retirement is not the only option.”

She added: “Offering phased retirement options can help people plan ahead for their retirement and achieve the balance they want between their work and personal circumstances. People are choosing to work longer than in the past for a whole host of reasons – including social interaction, cognitive stimulation and financial necessity – and their attitudes towards retirement will differ, so it’s important not to make assumptions about someone’s retirement intentions.”

UK CEO of the CGF, Andrew Barnett said the research debunked the assumption that everyone is looking forward to retirement. “That’s understandable given it can be a time of high anxiety, with little existing support for the enormous changes retiring can bring. This is worrying as research indicates a retirement prepared for and handled well could be a touchpoint to reduce future detrimental outcomes such as loneliness and social isolation.”

Alongside the poll, the study also assessed the impact of seven pre-retirement workshops, delivered by various UK charities, that focus on building resilience and emotional wellbeing. It found that participants felt more confident and better equipped to deal with the implications and realities of retirement.

“We’re heartened to see this evaluation showing that the pilot programmes we supported, which offer pre-retirement support, can lead people to a more balanced view of what it means to age and help people to make the most of this stage of life. However, there’s certainly further work to be done,” said Barnett.

Over the coming months CGF and the Centre for Ageing Better will research the types of challenges faced by people in the retirement process, who will most likely face them, and what employers could do to better support them.

Barnett added: “We are interested in working with employers on how they can provide more effective support to their staff who are approaching retirement, and what mutual benefits that would bring."