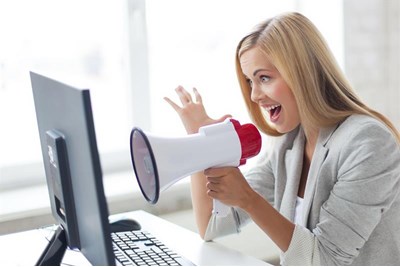 Employees are increasingly sharing their opinions about their employers online, according to research from Lee Hecht Harrison Penna.

More than four in 10 (41%) millennials (18–34-year-olds) reported that they have shared their true feelings about an existing or previous employer on the internet. One in five (21%) workers aged 35–54 had done the same.

This could present a challenge for employers, as three-quarters (75%) of millennials said that they actively seek out the opinions of existing or previous employees about a prospective employer, before applying.

A third (33%) of prospective or current employees between 18–34-years old said they might be put off a job offer if they heard a lot of negative things about a company, along with one in five (21%) of 35–54-year-olds.

When considering both on- and offline, more than three-quarters (76%) of workers admitted to voicing a negative opinion about a current or previous employer. More than half (54%) voiced their grievances to family and friends, while a further 50% said they moan to colleagues.

“The opinions of employees is something employers have long been concerned with, yet what our research highlights is how that feedback is to become even more critical to managing an employer brand with the rise of social media, and in particular networks that specifically target a professional audience like LinkedIn and Glassdoor,” he said.

“This also makes it even more important for organisations to look after their leavers who will have much less to lose in letting the world know what they really think about their ex-employer.

“Bearing these developments in mind, negative ratings of an employer can seriously impact its ability to encourage the best people to join its ranks and stay there. Organisations need to acknowledge this growing issue and then take the vital steps of engaging and developing their employees to future proof themselves.”