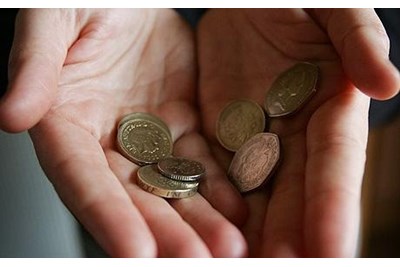 The Government has released its latest report into employers who owe staff money after failing to pay them the national minimum wage over the past 12 months.

The HMRC launched investigations into all of the employers after staff called the Pay and Work Rights helpline to report problems with their pay. Following an initiative introduced last year, HMRC released a list of those who were found to owe staff money due to poor practice.

The list of 25 businesses (see below) includes many from the retail and hospitality sectors. The total owed to employees is more than £43,000 and the companies involved will incur fines totalling £21,000.

The worst offender is hairdresser Renaissance in the Wirral. Owners Christine Cadden and Nicola Banks currently owe three staff a total of £7,310. They were followed by Yorkshire mechanics Arthur Simpson & Co (owing £6,426) and Central Heating Services of Hampshire (£6,200.28).

The Government plans to introduce harsher penalties of at least £20,000 per employee for employers who fail to pay the minimum wage, as outlined in the Queen's Speech last week. Under the current system employers can only face maximum fines of £20,000 irrespective of the number of employees affected.

Business minister Jenny Willott said paying employees less than the minimum wage is not only wrong, but illegal.

"If employers break the law they need to know that they will face tough consequences. Any worker who is entitled to the minimum wage should receive it," she said.

"Employers caught in the act deserve to be fined and have their reputation ruined," she said. "This should send a clear message that dodging the minimum wage does not pay. All minimum wage cheats should be named and shamed, and HMRC need greater resources to catch even more crooks."

13) Legends Hairdressers, Colchester, neglected to pay £823.40 to a worker

17) Bryants Nurseries, Hertfordshire, neglected to pay £494.07 to a worker

21) Avenue Agricultural, Northamptonshire, neglected to pay £256.55 to a worker