Mindfulness misused as a 'quick fix' for workplace stress 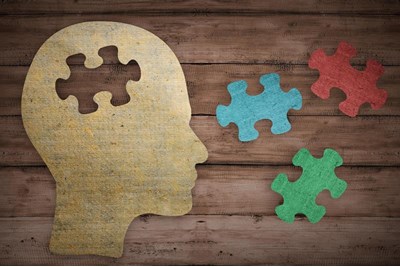 Workplace mindfulness could be doing more harm than good, according to research from Durham University Business School

The study found that organisational mindfulness may not actually help employees resolve issues they come up against in the workplace. It suggested it is instead little more than a pressure-releasing technique for employees to deal with stress caused by the company itself, and so has little more than a quick-fix effect.

Researchers interviewed 24 leading Buddhist executives from a number of sectors in Vietnam. Mai Chi Vu, who undertook the study as part of her PhD and who is now a senior lecturer in human resource management at Newcastle Business School (part of Northumbria University), found that mindfulness was more effective as a personal exercise focused around Buddhist principles – something that corporate mindfulness typically does not adhere to.

“I spoke to employees and managers in Vietnam to understand spirituality in leadership. I found that mindfulness can be used as a buzzword, and that there is sometimes a dark side to it. People were complaining that mindfulness often didn’t work, and that it was something that employers were using as an instrument in their organisations,” Vu told HR magazine.

In traditional Buddhist teaching, ‘right mindfulness’ is a technique that a person uses individually to accumulate wisdom to help problem-resolution and enhance personal development. Its generalised use as a means of curing workplace stress is misguided, according to the research, because no two people experience stress or suffering in the same way.

It found that the standardised corporate application of a personal technique renders corporate mindfulness meaningless and open to exploitation by organisations looking to further their own interests, such as by using it to enhance sales or profitability.

Vu said this generalised approach to mindfulness is ineffective in reducing stress levels: “I attended different mindfulness workshops, and I found that part of the problem is that it’s taught at a universal level. Whereas if you speak to Buddhist practitioners, they will claim that mindfulness is a personal practice that works differently for each individual. If you try to roll out the same practice for everyone it won’t work. And for that reason it isn’t useful.”

While some executives had good intentions, others used mindfulness sessions as an opportunity to discuss workplace issues, she added: “Being a Buddhist practitioner requires you to help other individuals. [Leaders] may think that it’s a way of helping employees to work; and it does have positive motives from executives’ perspectives. On the other hand, in practice some of them are using mindfulness to show off the fact that they are Buddhist practitioners.

“For example, a lot of mindfulness practices were being taught outside of working hours, and were using mindfulness as a way to talk about work itself. Some of the decisions were being made in out-of-office mindfulness sessions. Employees often felt they were sacrificing their workplace wellbeing if they attended these sessions too regularly.”

Vu said that it's key that mindfulness is treated as a voluntary activity: “Some people like mindfulness practices, and found it worked for them. It shouldn’t be enforced, it should be embraced by everyone at a voluntary level.”

Be mindful to work more effectively