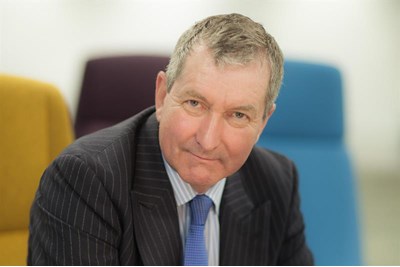 Fascinating read! I am 42 right now and felt a real shift in my own life that empowered me to focus on leadership in my career. I do tend to think relationships are more important than command ...

For many years it has been clear that the number of female senior leaders, both in the public and private sectors, has been disproportionally low compared to men. There are many factors that drive this – including talent identification and promotion criteria often favouring men, the education system promoting certain sectors or roles as more appropriate for women, and self-selection by women.

Steps are being taken to address all of these. But there is still a lingering (yet false) assumption among some that men make better leaders.

Societal change has driven the transformation of our organisations to become places where command and control is no longer the way to optimise performance. Success is now more likely to be delivered by a consultative and relationship-focused approach based on employee engagement.

Research by Zenger and Folkman from 2011 (updated in 2019) clearly shows that women are more effective on most of the top competencies of good leadership – including taking initiative, inspiring and motivating others, and building relationships.

But interestingly these differentials are not constant. Everyone changes over their careers and develops capability. By looking at the ages of those in the study it’s possible to track the differences between men and women in terms of their leadership capability at different stages in their careers.

When they’re 20-year-olds both men and women have the same level of leadership effectiveness. However, by about 25 men are more effective than women. But from that point on women develop and catch up, and by age 40 they are on par with men. After that they become increasingly more effective than men to a peak of around 9% more effective at 60. After this the differential declines.

This pattern reflects what I have seen: young men strongly pushing ahead in their careers initially and, in general, women taking more time to quietly build their capability and confidence. At about 40 women’s experience and confidence have got to the levels where they can be used as effectively as men use theirs.

But it’s not all downhill for men, as the gap closes again after 60 – by which time many men have learnt that it’s about the leader inspiring people to care and give their best not just telling them to do the job.

This dynamic is not only interesting for women to know about. It poses many questions that need to be considered to make our leaders and organisations more effective. Two that come to mind are: how can we help women build their experience and above all confidence so they are as good as men in their twenties? And then how can we help men more effectively build their self-awareness to be more relationship-focused so they are as good as women from age 40 to 60?

This is probably a dynamic already shifting; those currently at these points in their careers are soon going to be replaced by new generations who take a different view. As Millennials get more senior, and Generation Z become a large part of the workforce and take up their first management roles, the ability to inspire and get people to care about outcomes so they give their best is going to become more important.

Luckily those in junior leadership roles are likely to come from the same generation as their teams so their views on leadership will be more aligned.

As always it is the gap between the perspectives of senior leaders and others where generational differences will be largest and the risk of misalignment in effective leadership greatest. But the moral for senior male leaders aged between 40 and 60 is: your female colleagues are the ones to watch.

Chris Roebuck is honorary visiting professor of transformational leadership at Cass Business School, City University of London. This is the third in a three-part series, read the others below.

Fascinating read! I am 42 right now and felt a real shift in my own life that empowered me to focus on leadership in my career. I do tend to think relationships are more important than command because in my experience it is more effective in the long-term.