Maternity discrimination down to ill-equipped managers 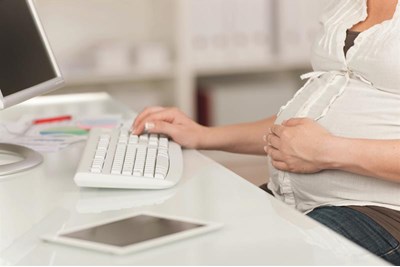 Speaking at a panel discussion hosted by the Equality and Human Rights Commission, Sarah Gordon, business editor of the Financial Times, said that often managers are not selected for their skills to lead.

“We are a nation of accidental managers,” she said. “Most people get promoted into leadership positions because they are good at what they do – but they might not be good at people management. As a result we are putting people into these positions and they are floundering.

“Most line managers are therefore not equipped to have difficult workplace conversations. Until we change that the outlook [for preventing maternity discrimination] looks bleak.”

Alison Wilcox, group HR director for BT, said employers need to consider the life circumstances of their employees to help them perform. “I have two teenage sons who still need me, but I also have ageing parents,” she said. “We should consider how we can create the conditions that enable people at different life points facing different challenges to bring their whole selves to work.

“We’re all human, and all trying to do the best we can. As an employer your job is to remove as many obstacles to that as you can.”

Martin Daubney, co-founder of the Men and Boys Coalition, said that too often fathers are left out of discussions regarding the challenges parents face. “I am a father of two,” he said. “When I became a stay at home father I was the only man at the playground. There was no ‘Netdads’, and no support. I started to realise there were a lot of dads like me being left feeling rudderless.”

He said other countries have a much better system to support equality between parents. “In Sweden fathers can receive 80% of their salary for nine months,” he said. “They can embrace being a father and are recognised as an equal partner.”

Anne-Marie O’Leary, editor-in-chief of Netmums, chaired the panel. She said she had been a victim of maternity discrimination. “At a previous role when I announced I was pregnant my recent promotion was withdrawn,” she said. “The question businesses need to ask themselves is 'are we providing parents with enough support?'”