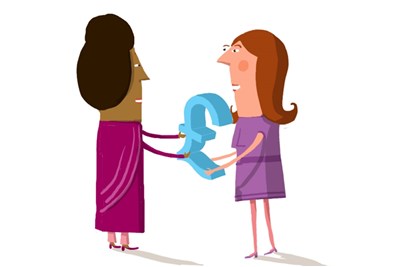 Raising the minimum wage to the living wage could lift six million people out of poverty and impact public finances positively, according to a report released by KPMG.

The research comes ahead of the Budget on 8 July and speculation that the chancellor may incentivise companies into paying higher wages for lower paid workers.

The report, The Living Wage: an economic impact assessment, found that raising the income of all those currently earning less than the living wage up to the level set by the Living Wage Foundation of £7.85 an hour (£9.15 in London), would add £11.1 billion or 1.3% to the national wage bill, but could produce a public finances gain of just over £1.5 billion.

KPMG came up with four possible ways in which an increase in wages in the private sector could be funded, and has predicted the differing impacts of each on public finances.

The average gain to the public finances across the different scenarios is just over £4.5 billion of additional revenue from taxes and reduced benefit payments. However, with universal adoption the government would face an extra £3 billion of direct wage costs plus higher procurement costs, leaving a net benefit of just over £1.5 billion.

The four funding scenarios explored in the report are:

On the economic assumptions underpinning the National Institute of Economics and Social Research macroeconomic model (NiGEM), paying the living wage universally has no effect on productivity, the KPMG report found.

It stated that ‘this may be as workers would simply consider it as the new minimum wage’, but added that ‘it is possible that productivity could actually rise as higher pay tends to motivate staff and helps with key costs, such as childcare.’

It stated that: ‘Current living wage employers have seen a boost to productivity, with much attributed to “first-mover” advantage, as employees really value the premium of being paid a higher than minimum wage.’

Head of corporate affairs at KPMG Marianne Fallon explained the gains that can be made by employers paying the living wage.

“As a firm that has paid the living wage since 2006, we have seen the benefits of lower absence and a more engaged workforce,” she said. “We understand that this is a complex issue for employers and policy makers, but our research shows that there is more to be gained by employers adopting a living wage strategy integrated within their broader business strategy.”

She added: “We firmly believe that voluntary adoption of a living wage policy by employers over time is one of the tools that will help improve social mobility in the UK as well as directly addressing in–work poverty."

Laura Brookes, living wage manager for KPMG, told HR magazine that the company is seeing the benefits of implementing a living wage policy. "Reputationally, it helps you to attract and retain good staff. People feel proud to work for a living wage employer.

"KPMG absolutely supports social mobility," she continued. "It's one of our pillars. The living wage is essential for that; it drives our social mobility programmes."

The national minimum wage is currently £6.50 an hour.