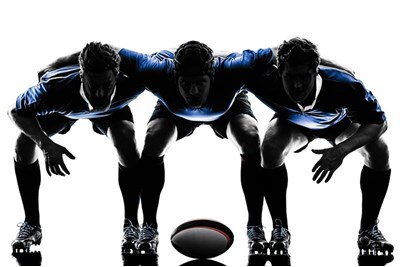 Agile is an overused, much-abused and widely-confused term when trotted out in a business context. To some it’s a loose adjective to be applied to any organisation or leader able to move nimbly in this era of market disruption and other fast-changing circumstances.

To others it stands for something far more precise, with its roots in a project management approach to developing software and other technological solutions.

This ‘Agile’ – which honorary visiting professor of transformational leadership at Cass Business School Chris Roebuck helpfully suggests might be distinguished from the broader use of the word by giving it a capital 'A' – is a type of process used to generate free-flowing discussion to enable the effective, organic, ongoing implementation of projects, particularly within the IT sector. Usually it is facilitated by a ‘scrum master’ – someone who ensures the project follows the Agile principles and processes agreed by the team and leads through influence rather than from a position of actual authority, often acting in a servant-leadership capacity.

So far so obvious: Agile and agile mean different things. But is there scope to bring the former into a wider business context? And what are the possibilities around developing Agile leaders?

Roebuck began giving serious thought to this last year when invited to speak at a conference organised by the Agile Business Consortium. When he asked attendees, predominantly drawn from the world of Agile project management, whether they believed the approach would be of value elsewhere in their organisations he was surprised by what he heard.

“You have a group of IT people who are running a process that is actually quite effective in terms of achieving its objective, but who have no understanding that the application of a free-flowing discussion process to find an optimum outcome is completely valid in any part of any organisation,” says Roebuck. “And they all looked slightly shocked when I said, ‘do you think you could potentially help your HR partners and train them in doing Agile so they can use a similar process to advance discussions around other subjects? And it was like a road to Damascus experience. They went ‘oh I hadn’t thought of that’.”

Some forward-looking organisations from outside the IT sector are already applying Agile principles to leadership and organisational development, bringing together diverse teams in pursuit of competitive advantage. “A diverse team means diverse thinking and a broader range of possible solutions and ideas,” says Jonathan Wright, group people director at infrastructure business J. Murphy & Sons. “It also means having a learning mindset – finding new tools, perspectives, relationships and methodologies to implement. All of which can help the leader adapt to ambiguity and find solutions. An Agile leader will also be prepared to test and learn, to fail fast, and to adapt.”

Last year FMCG firm Kellogg Company put together one such team, which it calls its Agility power team. The 11-strong team is made up of a culturally-diverse group of high-performing employees representative of the European business – drawn from seven functions, comprising eight nationalities and with an even male/female split – and was tasked with co-creating a culture for growth.

“Most big companies are organised by silo, by hierarchy, by function and that is part of the problem,” says Kellogg Company’s HR director for European functions Stephanie Atkinson.

However, in this Agility power team there is no such thing as a leader, let alone an Agile leader.

As Atkinson explains: “In this group, and we are doing it all under the discretionary level anyway, nobody reports in to anybody. We are very iterative. We come up with an idea and then we will play it around. We go and try it out.”

The team has demonstrated the benefits of working in an Agile way. It commissioned an internal survey of the European business to “baseline our Agility”, looked at best practice at other companies, and weaved the findings of Agility thought leadership research from McKinsey into a workshop to co-create what it calls its Agility Team Engine toolkit, that was then tested with three of the company’s leadership teams. The toolkit provides practical tools to help senior leaders drive change and overcome barriers. Ideas that came to the fore were leaders as storytellers and process hackers, and the need to establish “Agility purpose and behaviours”.

“If you were traditionally going to launch that through a big company you would be doing all this pre-alignment, it would take forever and a day, and then you would have to get stakeholder-managed-to-death to get people to agree to do it, whereas we can work very nimbly,” says Atkinson. “But it is not just about speed. People misuse the word Agility. Just needing to do things faster is not what it’s about. You need to do things in a more intelligent way. Agility rhymes with stability – it has got to be a stable backbone, that’s why process is an enabler of it too.”

Anna Seely, leadership and assessment UK practice leader at Mercer, agrees that stability is key. “Organisations must make conscious choices about where and how to be Agile, designing a robust backbone of structures, processes and governance. At the same time they must also create looser, more dynamic elements that can adapt quickly to a changing context and new opportunities.”

Traditionally these more dynamic elements have been siloed into research and development, innovation labs, or internal consulting. But to survive today, Seely argues, businesses must stretch this dynamism further by planting roots in every team and process.

Director of Henley Business School’s Centre for Leadership Bernd Vogel, feels that as things stand a lot of talk about Agile leadership revolves more around marketing buzzwords than a consistent, well-thought-through concept and tested set of activities. However, he believes “the movement” will begin to change mindsets in practice when it focuses less on individual Agile leaders and more on Agile leadership that involves the many.

“No organisation is helped with one Agile leader when the culture, values and norms support other habits and behaviours,” says Vogel.“It therefore asks: a) to involve the behaviour of many to create Agile leadership and b) to create the conditions – culture, values, consistent role-modelling – that make employees and managers believe that they are able to act with Agility as a sustained new way of working, and not as a fluke.”

For Mariano Tufró, founder and director of management consultancy Leadership Minds, while Agile is not the solution to every problem it’s a useful way of approaching complex scenarios senior leaders face on a frequent basis. But it calls for acknowledging that leaders don’t have all the answers.

“If you are making decisions with limited information you have to trust your intuition but you also need to experiment, and create an environment in which people make mistakes,” says Tufró. “That is not the end of the world; that’s when you can create a more Agile organisation. Trying it out is the whole point of Agile; let’s get it right by failing quickly and often first, rather than failing spectacularly at the end.”

It’s a sentiment shared by Simon Hayward, CEO of Cirrus and author of recently-published book The Agile Leader, who argues that an aversion to risk is holding organisations back.

“Fear of failure, and its consequences, is a leadership issue,” he says. “It inhibits experimentation and risk-taking, and it slows down innovation and improvement. If we fear making mistakes the only thing we will learn is how to avoid them.”

Roebuck adds that even when a leader does have the right answers, they need feedback from others. “The agile leader with a small 'a' needs to consult the right people in the right way, so they start to create an Agile with a large 'A' process. That is where I believe the two come together.” Perhaps a good analogy, bearing in mind the origins of the term scrum master, is a pack of rugby forwards put together to overcome a challenge on the field. Leaders should think about this combination when putting their own teams on the field.