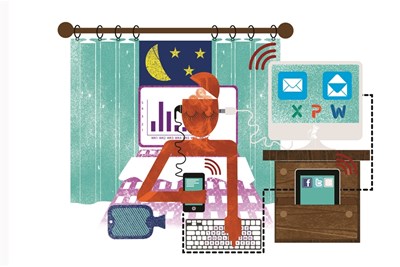 Almost half (43%) of manufacturing firms expect automation will replace at least 5% of their workforce over the next 12 months, according to research by professional services firm Grant Thornton.

The Grant Thornton International Business Report, which surveyed more than 2,500 executives across the world, found that 56% of businesses are either already automating business practices or may do so over the next 12 months.

Manufacturing jobs are most at risk of being replaced by automation, followed by roles in clean tech (39%) and the food and beverage sectors (35%).

The jobs safest from automation are those in hospitality and education, and healthcare (9% each).

The research also found businesses are increasingly spending more on R&D, which could contribute to the growth in automation. In 2015 29% of companies said they are planning to increase R&D spend, up from 26% in 2014 and a five-year high.

Rather than leading to mass redundancies, the findings suggest staff will be deployed elsewhere if their jobs are automated. More than half (54%) of firms planning to automate roles say they will redeploy workers in other areas, with 28% saying employees will be trained to operate new machinery. In manufacturing, 44% of companies expect to redeploy rather than remove staff.

Grant Thornton partner and head of technology sector Nick Watson said it was “premature” to ask whether robots would replace people. Instead, he warned that the automation of low skilled jobs could lead to “societal challenges”.

“Clearly the rise of artificial intelligence, supercomputers and sensors will have profound consequences for jobs, pay and the make-up of workforces,” he said.

“We may see people redeployed to lower-paid service roles as high-powered and previously high-paid jobs become the preserve of intelligent machines. Without intervention we will continue to see a growing divide in income and opportunity between knowledge-based and service-based economies and careers.”

He added: “No sector or profession is immune. Increased dialogue between governments, businesses and education institutions will help us better understand where gaps in the labour market will exist, to ensure we have a pipeline of people being educated and trained to fill those roles.”

“Medium-skilled jobs have disappeared due to automation, and these were the jobs leaders used to take before they became leaders,” she said. “There is a broken career path because the jobs for high potential people just aren’t there.”

She added that future leaders are likely to be leading in times of social unrest, with rising unemployment due to automation. “Artificial intelligence is a very rapidly evolving area and your leaders need to understand it and have a view on it,” she said.