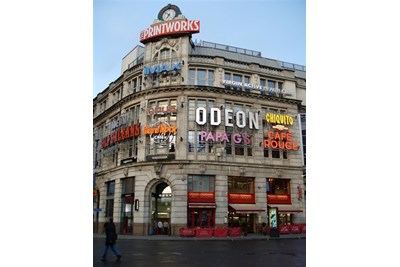 In our fourth article exploring innovation, we return to Manchester and ask: is this the perfect home for organisations?

As Sir Richard Leese, leader of Manchester City Council, says: “Manchester has all the basic ingredients for businesses.

So, that means excellent transport links (second only to London), a strong communications and digital infrastructure (a recent £12 million investment in ultrafast broadband means the city is now 'superconnected'), relatively low costs (KPMG has ranked it Europe's most attractive tax city) and access to a large, highly skilled talent pool.

And it's a talent pool that is bigger than it might first appear. Despite the fact that the city is only home to half a million people, the labour pool within an hour's commute is vast: 7.2 million potential workers, many of whom have studied at the world's best universities. The University of Manchester is also home to Manchester Business School, and there are many other higher-education institutes within commutable distance.

So it's easy to see why most large companies have a presence there. It is home to 65 of the FTSE 100 companies, and big names include Google, The Cooperative Group and Aegis, and the BBC, which has moved up to Salford's brand spanking new Media City almost entirely. New companies are springing up all over the place - especially in the digital, media, advanced manufacturing and science sectors (Manchester has been officially recognised by the Government as one of the UK's six 'science cities').

Tim Newns, chief executive of MIDAS, Manchester's inward investment agency, agrees Manchester is the perfect base for any organisation looking to innovate. "Research has proven that innovation doesn't tend to happen in megacities and capitals, even if that's where it goes to market," he says. "Innovation takes place out of the limelight.

"Manchester has a long history of innovation and discoveries. Right now, there are four Nobel Prize winners on the staff at the University of Manchester; that's more than Oxford and Cambridge combined."

Much of Manchester's success and appeal is down to the city's mindset and its population. "The biggest asset Manchester has is its people and the way they see the world," says Leese. "We're an inclusive, open city. Manchester has a feeling that it is going places: a self-confidence about its future."