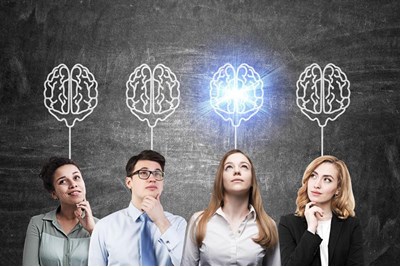 Managers were found to highly prize traits of emotional intelligence, however. When asked about the most important qualities in an employee, just 13% of managers cited experience and 11% said education. Instead managers favoured trustworthiness (39%), flexibility (28%), confidence (27%) and resilience (27%).

However, despite this, the research showed that many struggle to formalise the nurturing of these traits, with most (68%) admitting that their organisations do not have formal guidelines for identifying and cultivating EQ. Only 42% of managers said their employers actually provide training around this.

More than half (54%) said that measuring emotional intelligence as part of personal development plans would be valuable. Most (57%) thought that the highest-performing members of their team display high EQ.

Burak Koyuncu, workforce solutions director at Lee Hecht Harrison Penna, told HR magazine that he recognises the concept of emotional intelligence is often vague, making it difficult to quantify. "There are a couple of reasons HR professionals may not be implementing formal processes around EQ, as much as they may see the value of it in the workplace. It’s a difficult concept to define, never mind create a formal structure around," he said.

"Furthermore, given the intangible nature of the construct, it can be difficult to track ROI on these types of interventions... It can be very difficult for HR to focus attention onto areas that are still often viewed by the business as ‘soft’ skills or ‘nice to have’ rather than being seen as an integral part of the business’ DNA."

Koyuncu added that it can be hard to differentiate between genuinely positive characteristics and superficial charm. "[It is important] not to buy into the myth that the ‘gut feel’ of the hiring manager is the best predictor of job success – or that as an interviewer one can ‘read’ people or ‘know’ them in a short space of time," he said.

"‘Gut feel’ is likely to simply be unconscious bias and those who interview may well not always be the most emotionally intelligent – quite the opposite if one remembers that among the symptoms of psychopathy are superficial charm and grandiosity, which can be read as confidence."

Instead, interviews should be structured and recruitment and promotion decisions should include psychometric testing, he said: "Rigorous selection and assessment methods are crucial for the identification of any critical attributes or behaviours. A mix of psychometrics, behavioural observations – for example a role play in which the candidate has to diffuse conflict – and structured behavioural interviews will significantly enhance the likelihood of accurately identifying a candidate’s level of emotional intelligence.

"The best behavioural indicators of emotional intelligence are showing humility by being open about one’s own gaps in knowledge or skill, inviting others’ contributions and actively listening to them, having the courage to back oneself and make decisions even in uncertain contexts, and taking ownership when those might go wrong," he added.