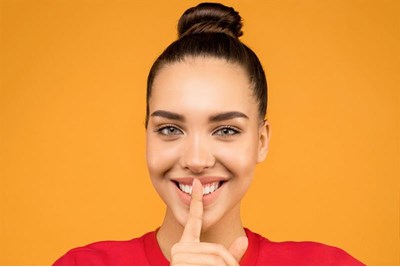 Nearly half of UK employees have lied at work, according to new research by Glassdoor.

Its survey of over 1,000 UK employees found that 49% admitted to lying in the workplace, with reasons for doing so including to avoid getting into trouble (44%) and to hide mistakes (34%).

Some employees have done so in order not to stand out rather than lying for their own personal gain.

While 39% of those surveyed said lying is commonplace where they work, the study found that there is a wide range of motivations for doing so.

Glassdoor EMEA director Joe Wiggins said the findings begged the question as to whether enough employers are encouraging an environment where people feel comfortable with transparency.

“If there is a culture of peer pressure or an environment where diversity of thought is not valued and nurtured, this leads to people masking their true feelings, which could lead to more systemic deceptions as well as bias.”

Only 22% of respondents said that lying at work is acceptable, but 69% said that telling a 'white lie' at work to spare someone’s feelings is not problematic.

Additionally, 75% of employees asked said they believe that saying what you really think at work can get you into trouble, while 56% said they hide their true feelings at work.

Speaking to HR Magazine, Liz Sebag-Montefiore, co-founder and director of 10eighty, pointed out that there is a perceived difference between lying and withholding information.

“People want to protect themselves. There's a lie and a white lie – as long as you're not being dishonest, withholding information I think people think is ok.

“Particularly during coronavirus, there has been a lot of withholding information happening about how people are actually feeling about going back to work. Somebody might tell a lie because they don't want to let anyone down, they feel they should say yes even if they don't feel comfortable about [returning to work].”

She added: “[Employers] need an open and honest culture; it's not around blame, it's around the learning from it.

The survey, which was conducted by OnePoll on behalf of Glassdoor, was carried out between 23-24 June 2020.

Mental health most common reason to lie about sick days