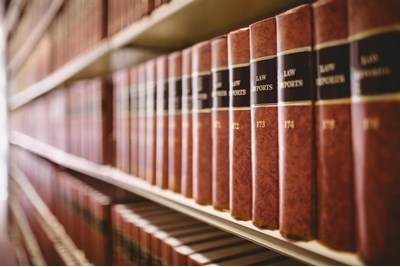 People from lower socio-economic backgrounds are hugely underrepresented in the legal profession, research from The Bridge Group and The Sutton Trust has found

The research, the first-ever study on the correlation between background characteristics and early career progression in law, found that just 54% of early-career solicitors have been educated in UK state schools, compared to 92% nationally. Additionally, just 28% are the first generation in their family to attend university, and only 23% are from BAME backgrounds.

Those from lower socio-economic backgrounds are also more likely to be the highest performers in their firms, however, the report found. Among state school trainees 14% receive the highest review ratings, compared to 8% of independently-schooled trainees.

Despite this, the research found that those from lower socio-economic backgrounds appear on average less likely to progress in their early career. This is also true for those who are from BAME backgrounds. For example, the proportion of first-generation early-career solicitors falls from 30% of trainees to 27% of associates, and the proportion of white employees increases from 69% of trainees to 75% of associates.

Those who attended state school are less likely to be retained compared to their peers from higher socio-economic backgrounds. State school attendees make up 55% of trainee leavers compared to 53% of trainee employees, and 57% of associate leavers compared to 53% of associate employees. The main reason for trainees leaving is end of contract or fixed-term employment (80%), but this percentage is much higher for those educated in state schools (88%) than those educated at independent schools (71%).

Interviews with people from lower socio-economic backgrounds identified unconscious bias as a key factor. Respondents said the dominant culture of the firm typically benefits those from higher socio-economic classes. This is explained in part on the basis that personality traits considered essential to progression – including appearing 'confident', 'ambitious', or having 'gravitas' – are linked closely to social background.

The study recommended actions law firms can take, including actively engaging key audiences within the firm, and articulating more clearly the drivers and actions associated with diversity and inclusion at all levels.

Longer-term recommendations included challenging perceptions across the sector that the legal profession is better suited to those from privileged backgrounds; introducing greater transparency relating to decisions about progression, promotion and work allocation; and developing a strong narrative that clarifies how diversity targets will be set and managed.

Simon Davis, vice president of The Law Society, said that poor social mobility is inhibiting the sector. “This research is an invaluable contribution to this critical issue," he said. "The potential advantages of increased socio-economic diversity in the law will never be realised without a corresponding commitment to inclusion."

Susan Bright, regional managing partner for the UK and Africa at Hogan Lovells, said: “We are firmly committed to fostering a diverse workforce within a culture of acceptance and inclusion. Our initial focus on recruitment has delivered great results, but we know there is more work to do."

She added: "The Bridge Group's pilot project is an important first step in analysing progression prospects for social mobility generally, and complements our own internal focus on understanding and breaking down the barriers to progression for diverse colleagues. We are committed to listening to what our people are telling us and to taking action."

Jenny Lloyd, diversity and wellbeing advisor at Linklaters, said that employers must now work on creating an inclusive work culture.

“The research tells us that companies with diverse workforces perform better financially and, like all areas of diversity, improving socio-economic diversity will provide enormous advantages to the legal sector. The Bridge Group research has shown us that state-school educated Trainee Solicitors outperform their independently schooled peers, yet on average they are less likely to progress in their early career," she said. "All of the firms involved in the report have invested a lot of resource into ensuring diverse and talented people are recruited from all social backgrounds. We now need to invest in creating a culture that enables this talent to thrive within the profession.”