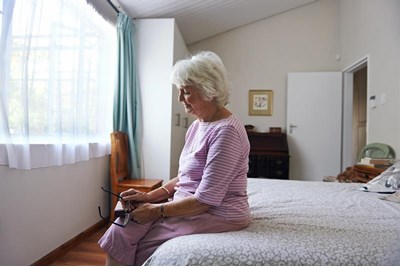 Loneliness is the biggest retirement worry for UK adults, according to research from Tilney.

Its survey of 2,001 UK employees explored the biggest retirement fears among workers today. A quarter of UK workers of all ages (24%) admitted that loneliness, followed by having to work to cover a financial shortfall (23%), and relying on the state for long-term care (23%), are among their concerns about the future. Having a lack of purpose (21%) and losing touch with friends and colleagues (13%) also made the list.

The fear of being lonely when work no longer forms a major part of life is felt most keenly among 18- to 24-year-olds, with almost a third of this age group (31%) citing this as a concern.

Those aged 35 to 44 were most fearful of having to work either part or full time to cover a financial shortfall (27%), while the older age groups – 45 and older – are troubled more about having to rely on the state for long-term care, with 26% of 45- to 54-year-olds and 25% of 55- to 64-year-olds citing this. A third (31%) of over-65s said lack of purpose was one of their biggest worries about retirement.

Despite having their working life ahead of them, the research found that Millennials are more likely to worry about becoming a financial burden on their family (24%) than those aged 55 and older (11%).

The study follows separate analysis, All the Lonely People: Loneliness in Later Life by Age UK, which found that people aged over 50 living in England are 2.3 times more likely to be lonely if they have money issues that prevent them from doing things.

Jeanette Makings, head of financial education at Close Brothers, said that such fears can prevent people from retiring, which can have negative repercussions for employers.

"It is worrying that so many employees approaching retirement feel anxious and unprepared. This not only affects their own financial and mental health, but also has a knock-on effect on the workplace – with people deferring retirement meaning increased people costs and blocked succession pathways,” she told HR magazine.

Makings said that HR can help by supporting employees with their retirement plans and providing increased financial education for staff of all ages. “HR and employers certainly have a role to play in [helping] individuals feel able to retire when they want. They can engage all staff with planning for retirement throughout their career, and not just in the final countdown years,” she said.

“It’s imperative that employees understand their pension and the importance of saving for retirement throughout their life, not just when approaching retirement. Regular monitoring, education, and engagement helps develop the necessary tools to take control, as well as helping guide them to make informed choices to suit their savings needs. This is just as vital for young employees joining their first workplace as it is for those at the point of retirement.”