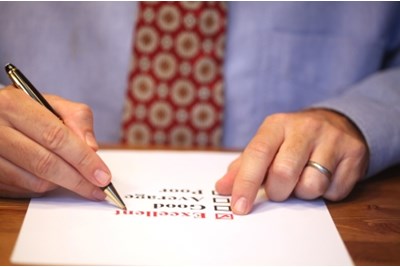 Employers must take action to motivate and equip their managers to act on engagement surveys, according to a report by Aon Hewitt.

Data from Aon Hewitt's European Engagement database shows the vast majority of employees across the UK and Europe believe that their employers view employee engagement as a tick box exercise, with only 18% of employees strongly believing that survey results will be will be acted upon.

To gain a better understanding of the role that managers could and should play, Aon Hewitt ran a European research project in June 2011, which canvassed the views of more than 700 managers across 10 European countries, resulting in the report Managers: Your Strongest or Weakest Link in Driving Employee Engagement?

The report shows nearly half (47%) of managers indicated that they spend only two to five days a year on activities relating to their annual engagement survey.

Aon Hewitt's research confirmed organisations with a strong engagement culture were much more successful at transforming employee surveys into actions. For example, managers who reviewed their survey results and identified actions had an overall engagement score of 63%, versus 27% for managers who had access to results but did not even review them.

Furthermore, Aon Hewitt's Best Employers Study (an annually updated global database) shows that organisations which are considered most successful in terms of financial performance and strong levels of engagement are more likely to empower their managers to provide their team members with the support they need: 75% versus 60% in other organisations.

Jenny Merry, UK Engagement Practice Leader at Aon Hewitt, said: "It's clear that while most organisations monitor levels of employee engagement, many are failing to act effectively on the findings. Against a backdrop of economic uncertainty and salary increases below the level of inflation, ensuring your workforce feels supported and engaged is more critical than ever before. An engaged workforce will be more productive, more efficient and more likely to help the company reach its targets.

"Despite this, many organisations are failing to view employee engagement as anything other than an annual event, or checklist item. As well as yearly measurement and action planning, there should be a strong and prevailing employee engagement philosophy and strategy which reinforces the impact that having engaged employees can make on performance.

"One important link that many organisations are failing to leverage is the role of middle managers in stimulating engagement. These are the people who have daily contact with employees and therefore have a critical role to play in influencing, engaging and empowering teams.

"The well-worn phrase "people join organisations and leave managers" is not the whole story; people leave organisations which have not properly equipped managers to be engaging. Managers could and should have a positive impact on employee engagement. With careful planning, expectation setting and support for managers, it is possible to make this a reality."

The results are based on a survey of 730 managers across Austria, France, Germany, Italy, Netherlands, Poland, Russia, Spain, Switzerland and the United Kingdom. The survey took place in June 2011.