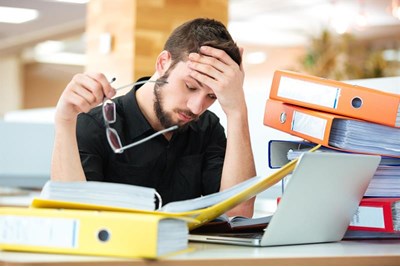 Just 48% of UK managers feel satisfied at work, according to research by Cornerstone OnDemand

The Future Culture 2018: Building a Culture of Innovation in the Age of Digital Transformation whitepaper measured workplace satisfaction by asking 1,900 European managers how proud they are to work for their organisation, whether they would recommend their employer to others, and whether their organisation is an attractive place to work.

The findings suggested that UK employers need to improve their working conditions, with UK managers' pride in their work falling behind their counterparts in other European countries.

In the UK, 52% of respondents 'completely agree' that they are proud to work for their organisation, lower than countries such as Italy (59%) and Norway (66%).

However, while UK work satisfaction is falling behind the rest of Europe, it ranked higher for employer recommendations. Almost half (47%) of UK workers agreed that they would recommend their current employer to others, versus 43% in Sweden and 41% of respondents in the Benelux countries.

Peter Gold, principal consultant at Cornerstone OnDemand, said that while employers have successfully introduced flexible working, the research suggests there is still work to do to improve job satisfaction.

“A key factor for job satisfaction is a balance between work life and home life. In the UK we’ve seen an increase in flexible work rules and working from home policies over the years, which have been in place far longer than our European counterparts. However, there is still a sense of dissatisfaction among UK workers, suggesting other factors may be affecting the result," he said.

Gold added that concerns about the impact of Brexit on the workforce could be contributing to lower levels of satisfaction.

“One cause of this low satisfaction rate could be the impact of Brexit and the uncertainty many roles and industries face because of it, creating an unstable environment. As we move on with Brexit negotiations British companies need to reassure their workers and focus on employee happiness and their learning and development, particularly if they want a productive and engaged workforce.”

This is the third year Cornerstone OnDemand and IDC have conducted a major European study, with this year’s being the largest of its kind.