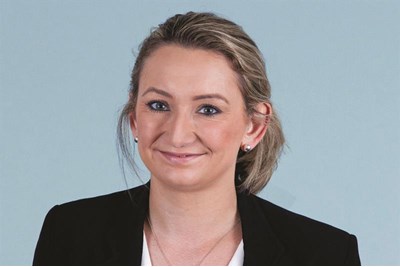 Perhaps it is reasonable to consider the polygraph an instrument of pseudoscience. Doubtlessly being attached to such a device will illicit varied nervous, even fearful responses in the subject. ...

Polygraph ('lie detector') testing of employees is on the rise, but is it admissible in courts and tribunals?

Polygraph tests already play a major role in investigations in the US and in recent years have started to be used in the UK, usually in criminal investigations. Now employers are finding that these tests are useful tools in investigations relating to dishonesty, deception or the theft of confidential information.

Polygraph testing records activity in the nervous system of those undergoing the test. The nervous system – said to be largely outside our conscious control – reveals a stress reaction that can be measured by skilled examiners. Once attached, the test monitors the physiological changes occurring in the body as questions are asked. Sensors are connected to the individual’s chest, arm and fingers, which detect changes in breathing, cardiac response and hand movements when a lie is told.

Is polygraph testing admissible in courts and tribunals?

This is unchartered territory as there is no legislation regulating the use of the test by employers. There have also been very few reported cases dealing with polygraph testing, partly because the purpose of the test is to settle disputes before they reach the courts or tribunal.

Without a universal standard being introduced, complete reliance on the results of polygraph testing is unlikely. But that does not mean this form of evidence is inadmissible. In the civil courts the general rule is that if it’s relevant then it is, in principle, admissible. Ultimately it will be up to the judge on the day to decide what he/she is willing to allow. If an employee consents to a polygraph test there shouldn't be an objection to admitting it as evidence.

So employers should see polygraph testing as an investigative tool that forms part of an enquiry. However, it should never substitute the need for a full investigation into allegations and for a fair procedure to be followed.

It is unlikely that courts or tribunals will ever rely solely on the results of a polygraph test while the accuracy of the test remains contentious.

What if an employee refuses a test?

Employers should avoid drawing conclusions where employees decline to take the test. This is not evidence of guilt. It may be reasonable to consider this refusal as part of the evidence against the individual, but given that the validity of polygraph testing is still under scrutiny dismissal based on the employee’s refusal to take the test would likely be considered unfair by a judge.

The cost of a polygraph test is normally between £500 and £700 – significantly less then pursuing a dishonest employee in a tribunal or the courts. It’s a useful tool that could save employers a great deal of time and money and is expected to become a more common feature in employment disputes in the future. So watch this space.

Perhaps it is reasonable to consider the polygraph an instrument of pseudoscience. Doubtlessly being attached to such a device will illicit varied nervous, even fearful responses in the subject. Then the response needs to be interpreted. As far as I am aware, there are no generally tested and accepted standardised methodologies for polygraph testing. I see parallels with the truth-finding tools of the inquisition.