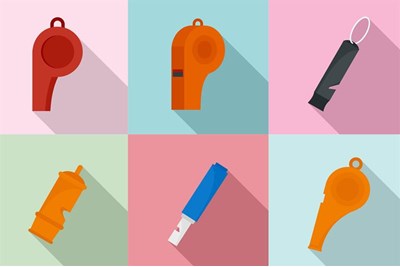 The Supreme Court has ruled that judges are entitled to the statutory protections afforded to whistleblowers, which could have ramifications for other categories of worker such as volunteers

Protection for individuals who blow the whistle on problematic conduct has been shown to be even more important in the #MeToo era. With individuals more readily prepared to speak up about their concerns, organisations are under increasing pressure to implement effective and accessible policies and procedures to facilitate and support whistleblowers. Nevertheless, while the current climate has proved encouraging for some, others still fear the ramifications of speaking up.

Section 47B of the Employment Rights Act 1996 (ERA) provides that whistleblowers should ‘not be subjected to any detriment’ if they can show they made a disclosure that is in the public interest, in accordance with the applicable rules.

However, to access such protections an individual who blows the whistle must show that they have worker status pursuant to Section 230(3) of the ERA. A worker is defined as an individual who works ‘under a contract of employment or any other contract… whereby the individual undertakes to do or perform personally any work or services’ outside the context of a client/customer relationship.

Recently this requirement came before the UK’s most senior judges in Gilham v Ministry of Justice. In this case district judge Claire Gilham claimed that she had been subjected to detriment after raising allegations about poor and unsafe working conditions and an excessive workload in the court where she worked. She sought to rely on the statutory protections granted to whistleblowers under Section 47B.

Gilham was unsuccessful before the lower courts, each of which held that as an ‘office-holder’ she was not party to the necessary contractual relationship. However, in a landmark ruling the Supreme Court concluded that Gilham was entitled to rely on the ERA’s whistleblowing protections.

Writing on behalf of a unanimous panel, president Brenda Hale agreed with the lower courts that the absence of the necessary contract meant that Gilham could not be classified as a worker. She also dismissed a new argument that Gilham could be considered as being in ‘Crown employment’ because of the way judges are engaged and work. However, diverging from the reasoning of the lower courts, the Supreme Court held that to protect Gilham’s rights under Article 10 and Article 14 of the European Convention on Human Rights (ECHR) the courts were required to interpret the ERA as incorporating judicial office-holders.

More specifically the Supreme Court found that, because English law treated Gilham less favourably than other whistleblowers who were workers, it was committing a 'violation' of her right under the ECHR not to be discriminated against 'in her enjoyment of the rights' on the grounds of her occupational status without any reasonable justification.

From a legal standpoint the decision in Gilham's case deals with a discrete and narrow point of law that is likely to affect just over 3,000 members of the judiciary. However, we may see other categories of worker, such as volunteers, seeking to rely on this case as a route to accessing employment law rights that are predicated on individuals being engaged via a contract.

It is also notable as the latest chapter in an ongoing trend that has seen the English courts and proposals from policymakers favour the enhancement of employee and worker rights. The Supreme Court’s decision comes against the backdrop of a series of decisions on the employment status of individuals engaged in the gig economy. It also follows Matthew Taylor’s independent review of modern working practices in 2017 that advocated more clarity to help individuals determine their employment status. In particular it recommended introducing a new definition of ‘worker’ that 'better reflects the reality of modern working arrangements'.

As the courts and legislature grapple with protecting workers' rights in an ever-shifting labour market, we anticipate further developments in this area of the law.