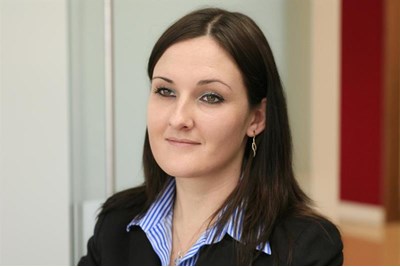 I believe that the DPA relates only to organisations and not individuals, therefore section 170 would not apply, likewise the HRA does not create criminal offences and it is difficult to see what ...

Technology is also becoming progressively more sophisticated. Not surprisingly we have therefore seen a marked increase in the number of questions employees and employers are asking in connection with secretly-recorded exchanges and email monitoring.

Can I secretly record conversations with my manager and/or HR?

If an employee believes they are being treated unfairly, bullied, discriminated against or are about to lose their job, it is not unusual for them to start gathering as much evidence as they can to support their case from an early stage. Increasingly such evidence includes secretly-recorded exchanges or meetings with the employee’s colleagues.

It is unlikely that many of the employees who resort to such tactics have properly considered the implications of secretly recording their colleagues, since they are likely to view their actions as simply exposing any perceived wrongdoing. However, from the employer’s point of view recording individuals without their permission is likely to represent a serious breach of the trust and confidence that are paramount to the employment relationship. Such conduct is also likely to fall foul of the Data Protection Act 2018 (DPA) and will potentially be a criminal offence under Section 170 of the DPA, unless the legitimate interests of the recorder outweigh the interests of the individuals being recorded.

Covert recordings can also be a violation of the right to privacy of the individuals recorded under Article 8 of the European Convention on the Protection of Human Rights (ECHR). Article 8 of the ECHR provides that everyone has a right to respect for their private and family life, their home and their correspondence. Even if a covert recording containing private information is not shared or made public, the 'intrusion' of the recording alone is a breach of privacy.

For the these reasons, generally, the answer to the above question is no. It would be better to either seek permission to record any exchanges or ensure that there is someone present who can take detailed notes.

We have just discovered that an employee has secretly recorded a meeting – can they use it against us in the tribunal?

If recordings are relevant to the claim, tribunals will generally allow them to be admitted as evidence. Therefore employers still need to be alert to the cost and reputational damage that covert recordings can cause.

We expect to see the case law further evolve in this area over the next few years since covert recording is an increasingly common issue for many employers. In the meantime it is worth assuming that covert recordings will be admissible as evidence in the tribunal, albeit the tribunal is likely to consider the motive and character of the covert recorder when attaching weight to such evidence.

If an employer has a good reason to read emails sent and stored on an employee’s work email account, this is generally permitted even if the employee does not consent. The position is the same even if the emails are of a personal nature. If an employee sends and receives emails using their personal email accounts but on work equipment and systems, the employee should also assume that their employer can access and read these emails.

However, if an employer wishes to access or search employee emails without consent it is worth obtaining legal advice first because of the serious data protection, privacy and interception implications if the employer gets it wrong. For example, it may be unlawful for an employer to open an employee’s email (without consent) if the email has not already been opened by the employee.

Ultimately, if employers ensure that they have well-drafted covert recording, email and monitoring policies in place and employees are regularly reminded of these policies, it will help the management of improper email usage or covert recording.

I believe that the DPA relates only to organisations and not individuals, therefore section 170 would not apply, likewise the HRA does not create criminal offences and it is difficult to see what action a company could take against an employee. The Malicious Communications Act 1988 makes it illegal in England and Wales to "send or deliver letters or other articles for the purpose of causing distress or anxiety". It also applies to electronic communications so could cover the public release of such material. Frankly you would be struggling to prosecute anyone in this situation and you should rely on strict policies and procedures instead.