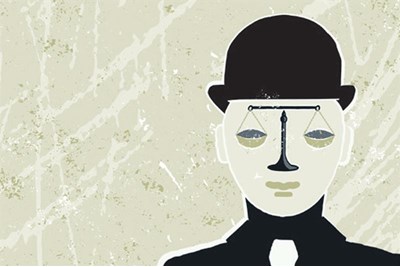 Dealing with allegations of sexual harassment against senior leaders

We generally spend more time at work than we do with our loved ones. So often we develop close friendships. But what can employers do when they receive complaints from employees who are subjected to unwanted sexual harassment or conduct from a peer or senior leader?

Some of you may recall a story in the news at the end of last year about the alleged conduct of Ted Baker founder Ray Kelvin towards members of his staff. This included ‘forcing’ them to hug him and allegedly requiring some female staff to sit on his knee.

The complaint hit the headlines primarily due to the fact that it was brought to the attention of the company by way of a petition from 60 current and former staff and signed by more than 1,000 people – which is a pretty big statement.

In terms of background, sexual harassment is defined in section 26 of the Equality Act 2010 as: ‘Engaging in unwanted conduct of a sexual nature, and the conduct has the purpose or effect of violating dignity or creating an intimidating, hostile, degrading, humiliating or offensive environment.’ That is a pretty wide definition that can apply to various examples of conduct.

As a starting point employers need to have policies in place to demonstrate that the company does not tolerate sexual harassment in any form. Training staff to understand what that means and giving examples of unwanted conduct is also very helpful in educating the workforce on what is unacceptable.In addition, it is important for staff to understand that complainants should not be victimised for their actions.

Having a grievance policy in place is also vital, as it allows any member of staff who has a complaint the opportunity to bring it to the attention of the employer by way of a clear process.

It is important to also keep in mind the effects of ‘banter’ in the workplace. What can be considered a ‘joke’ by one person may be construed as offensive by another. It is of course difficult to police, but overt examples such as rude emails or pictures should be prohibited.

It is always difficult, particularly from an HR perspective, to deal with complaints about the boss. If it becomes a cause for concern it may be wise to bring in external independent HR support, or a body that can assess the situation from an objective point of view.

Sexual harassment was a running theme in the press in 2018 and no doubt will carry over to 2019 and beyond. It is crucial employers are aware of their responsibilities towards staff and how to ensure they are legally compliant.