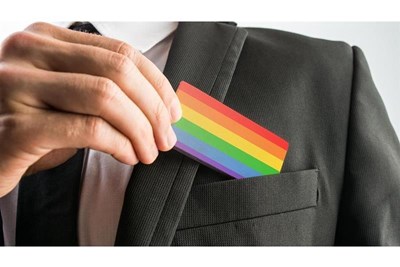 More LGBT+ leaders and heterosexual allies are needed if equality is to be achieved in the workplace, according to a report from professional services company Accenture.

A large majority (86%) of LGBT+ employees said they did not feel fully supported by their employer with less than half (41%) fully open about their gender identity, expression, or sexual orientation at work.

A shocking 26% of LGBT+ employees said they are totally closeted at work.

Diversity and inclusion consultant Toby Mildon told HR magazine he was not surprised that some employees felt uncomfortable.

If the culture doesn’t provide the right environment, Mildon explained, LGBT+ employees can be reluctant to come out for fear of being singled-out by colleagues or it having a negative impact on career progression.

He argued for employers to create a safe culture that empowers individuals to be more open about their backgrounds and their sexuality.

For the majority (71%) of LGBT+ employees, seeing their community represented in leadership was deemed vital to their prosperity, in addition to the outward support of their cisgender, heterosexual colleagues.

Fortunately, 59% of LGBT+ employees stated they were satisfied with the pace of career advancement within their organisation and a fifth were aspiring to senior leadership positions.

Yet there is still work to be done as the survey highlighted a disconnect between management and the sentiment of LGBT+ employees in the survey, given 68% of leaders said they believe they foster an empowering workplace environment.

For Jamie Love, executive producer for Pride Edinburgh and founder of Monumental Marketing, Accenture’s findings are unsurprising. Speaking to HR magazine, he said: “It comes down to the very simple fact that values and beliefs are not operationalised.

“Any company can have a perfect page on the website celebrating its LGBT employees, similarly posters, rainbows and logos can be hung around the office, but few companies think about how this can be incorporated in everyday work life.

"The findings may also have something to do with representation, having diverse values should be represented across the company, not just in your most junior employees.”

Similarly, on a corporate level, Mildon suggested that visible employer support is critical to creating the right environment.

He added: “This can be done on a big scale, like sponsoring the local pride event every year, or it can be done much more subtly and on a day-to-day basis, which I think is more important.”

He gave the example of using photos of same sex couples in employee newsletters and amending phrasing of parental leave policies to use the term “parent” instead of gendered language like “mothers and fathers.”

Rebecca Tully, inclusion and diversity lead at Accenture UK, said: “It’s important for leaders to act now and strive to create a culture where LGBT+ employees not only rise professionally, but also where they feel safe, supported and able to be themselves.”

Accenture’s Getting to Equal report is based on two online surveys undertaken between October and November 2019 as part of its Getting to Equal 2020 research program. One survey was completed by over 1,700 senior and the other collected the view of over 30,000 employees.