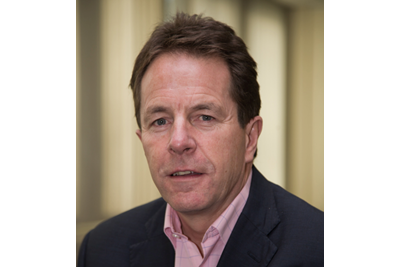 “Historically we haven’t done a good job of teaching leaders what culture really is,” Cheese said at a recent Leadenhall Consulting conference, hosted by employment law firm Mayer Brown and focusing on the topic of ‘Culture: Revolution vs. Evolution'.

“One of the big myths of corporate culture is that management understands what their culture is. Senior directors typically talk about what they want culture to be and what they think it should be rather than understanding what the culture they’ve created is actually like.”

“Managers often don’t understand the culture because they are not very good at listening to employees,” he added.

Cheese said this is crucial to the health of an organisation because strong culture creation starts with senior individuals. He stated: “Where does culture start? At the top.”

The ex-Accenture global managing director said it is the role of HR to help train leaders on this.

“I would point the finger at HR too. We should be the function that understands the corporate culture and helps to educate the business and provide the levers to change it.”

Speaking on the financial crisis, Cheese said: “We were not equipped to confront management and say ‘this is what’s going on in your organisation and it’s got to change'. HR has a massive role to play in this.”

In fulfilling this role, HR professionals should be wary of relying on too much rule and policy creation, said Cheese.

"HR is particularly good at saying ‘let’s write some more policies to tell people what we want them to do,’” he explained. “But the hardest parts are those bits of the iceberg below the water – the things that are much less visible.”

“When you make rules you disassociate people from their own actions. We have created a parent/child relationship,” he said, adding: “I’m not saying abandon all the rules, but try having less prescriptive rules in some parts of the organisation.”

Cheese added, however, he was heartened that an increasing number of corporate leaders do seem to now be developing a better understanding of the importance of culture.

“I spent a lot of time trying to talk to banks in the early 2000s about culture. They said ‘this is very interesting but we don’t have a problem'. Now we are in a different phase of thinking that recognises you can't change behaviour by writing more rules. We have got to really understand why people do the things they do.”

“But it’s not just about shining a spotlight on financial services. It’s apparent that we have not been behaving as we should as corporates. That’s got to change.”

He said: “It’s a nice idea not to have rules but you need to find a way of influencing staff without them. And from a legal perspective, if you don’t tell employees how to behave you can’t discipline them when they don’t behave that way.”

“You have to have a social media policy for example if you want to regulate that behaviour at work.”