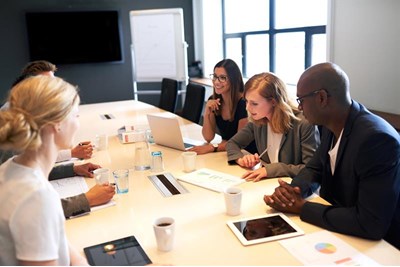 Affirmative action is necessary to fix racial and class inequalities in the workplace and beyond, according to Tottenham MP David Lammy

Speaking at the launch of the Resolution Foundation's latest report Opportunities Knocked?, which revealed that black male graduates earn £7,000 less than white men on average, Lammy said that employers should use quotas to tackle institutionalised prejudice.

“Britain, which entrenches privilege from the get-go with tutors and private schools, is in need of a heavy dose of affirmative action," he said. "I don’t think that should just be based on ethnicity; it has to have a class component as well. And this should probably start at university level."

Quotas, a topic that has long drawn controversy, are often criticised by those who stand to lose out from them, Lammy said.

“The different views on quotas depends usually on where you sit," he said. "The argument against them is put forward usually by a white, upper-middle class man, broadly centre-right, who has said 'it’s got to be on merit'. I have sat with my white, male, upper-middle class colleagues, who I adore, and heard that for years. Each time I hear it I look at them and think it’s interesting that they don’t understand that they are beneficiaries of affirmative action.

Zubaida Haque, deputy director of the Runnymede Trust, added that bias on the part of employers is often unintentional.

“Let’s not assume that all employers are racist, are prejudiced, or have biases they don’t perceive. It’s also about the fact that they need to make quick decisions. So though it may sound trite it’s important to contextualise where you come from,” she said.

Haque added that quotas are often misunderstood by employers. “Businesses need to set themselves challenges, set themselves targets, set quotas," she said. "[But] it’s seen as too 'politically correct' to do that.

"I’ve had radio debates where I’ve been challenged over quotas, where I’ve been told I’m against white people. It’s amazing that quotas challenge people so much when in fact we need to rectify an imbalance. The point of quotas is not that you lower standards, but it makes you look in places you wouldn’t normally look."

Opportunities Knocked? found that a significant number of black and ethnic minority workers are facing a pay penalty in the workplace, despite improvements in their education levels and qualifications.

It noted that pay gaps can partly be explained by differences in the characteristics of workers, such as younger employees earning less than more experienced staff, and the different jobs they do – with accountants for example earning far more than care workers.

To overcome this, the think tank’s analysis converts these pay gaps into pay penalties by controlling for personal and workplace characteristics such as age, qualifications, region of work, country of birth, experience, occupation, industry, hours worked and type of contract.

The analysis found that between 2007 and 2017 black male graduates faced the biggest pay penalty of 17% compared to white men – the equivalent of around £7,000 for a full-time worker. Pakistani and Bangladeshi men faced pay penalties of 14% for non-graduates, and 12% for graduates.

Furthermore, the size of pay penalties is bigger for black male graduates than non-graduates, suggesting that the labour market disadvantage faced by young black men is wider than university entry rates.

Commenting on the findings, Kathleen Henehan, policy and research analyst at the Resolution Foundation, said: “In many ways the labour market outcomes for ethnic minority groups have improved greatly over the last two decades… But despite this progress ethnic minority men and women still face huge pay penalties in the workplace.