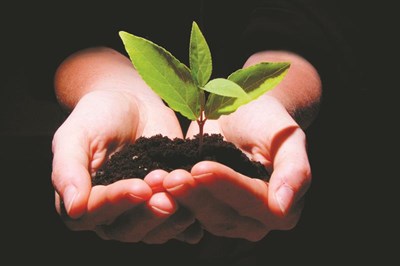 Ahead of the CBI's annual conference Labour has announced further plans for transitioning to a green economy, while the Conservatives will focus on cutting National Insurance contributions

Labour has pledged to create a climate apprenticeship programme which will train an average of 80,000 people a year.

Businesses will benefit from an average of 80,000 people per year being trained as apprentice engineers and technicians in renewable energy, Labour pledged. The party will also roll out apprenticeships for transport workers, civil engineers and skilled tradespeople in sustainable construction, designers, welders and fabricators in low carbon industries, and sustainable agriculture and forestry specialists.

Labour said the programme would be funded by diverting 25% of the funds employers already set aside through the apprenticeship levy and topped up by any dividends over the cap paid into Labour’s inclusive ownership funds, which the party said is expected to be worth £700 million by 2024.

The party said it will also bring in reforms to the apprenticeship levy overall in a bid to better meet the needs of workers and employers.

Plans to give employers more flexibility on how to spend their levy funds would include: allowing levy funds to be redeemed for a wider range of accredited training, extending the period of time allowed for employers to spend their funds, and increasing the amount of money businesses are allowed to transfer to non-levy paying small and medium-sized businesses.

Speaking to business leaders at the CBI annual conference today (18 November), Labour leader Jeremy Corbyn is expected to say: “Labour’s green industrial Revolution will be a central motor of the party’s plans to transform our country and economy, using public investment to create good, clean jobs, tackle the climate emergency and rebuild held back towns, cities and communities.

“Climate apprenticeships will offer training to school leavers and workers looking to change jobs mid-career, creating the engineers, technicians and construction workers we need to transition to a green economy."

He added that the Tories had “failed” to “tackle the climate emergency” and “deliver apprenticeships.”

Labour has also pledged to allow adults without A-level qualifications to attend college for free under £3.2 billion plans, which it hopes will reach an extra 300,000 people per year.

Other employment-related pledges expected at the CBI conference include the Conservatives promising to cut National Insurance contributions for employers, who already benefit from a reduction known as the employment allowance.

Last week (15 November) the Conservatives pledged to reduce immigration to the UK post-Brexit but also welcome highly-skilled workers. While home secretary Priti Patel did not spell out in detail how the Conservatives planned to cut immigration, the party has said it will end free movement from the EU on 1 January 2021 and get its Brexit deal through by 31 January.

At the CBI conference leader of the Liberal Democrats Jo Swinson will claim that her party is the “natural party of business” and that remaining in the EU will give the UK the best chance of success.

The CBI said it wanted business rates to be reformed, as part of a number of recommendations it would like all parties to adopt. It is also advocating for the apprenticeship levy to be overhauled.

The body also said it wanted stalled programmes such as the HS2 high-speed rail link between London and the north of England, and Heathrow's third runway to be finished. "We simply cannot afford another wasted year of political paralysis, indecision and distraction while productivity and investment suffer," director general Carolyn Fairbairn is expected to say at the conference.

She told Radio 4’s Today programme that big business had been left feeling ignored by politicians in recent times.

"There have been so many other issues around, in terms of sovereignty and issues that aren't really business issues, which is why I think today is really important as we'll have 1,500 businesses from around the country being addressed by all three political leaders," she said.

Fairbairn also told Sky News yesterday (17 November) that Labour’s plans could “crack the foundations of the economy" and warned that the party’s investment plans would “freeze investment.”