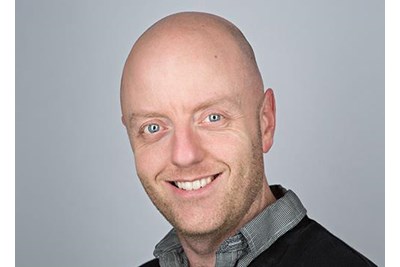 I don't think I've ever had any long-term mental health issues, although I've certainly had some very short-term adverse reactions to events. For example: when my first marriage broke down unexpectedly and in very public and extremely difficult circumstances.

I know for certain I suffered a depressive episode and struggled with lots of things. My judgement was impaired, I made lots of bad decisions, my mood was all over the place and I didn't think there was a way to recover.

Luckily my employer at the time and particularly the chief executive supported me wholeheartedly. And time heals (slowly).

Nowadays I can tell when I'm feeling stressed or coming close to anything like a depressive episode. There are headaches, a feeling of blood rushing around my head, and heart palpitations in extreme cases. I'll have trouble sleeping or staying asleep and will wake early with my brain very active.

If two or more of these or other symptoms show themselves I know I'm getting stressed and if I do nothing about it then it will make me ill.

My last full-time role had a commute that was far more difficult than I’d predicted. That, combined with the amount of in-job travel and overall lack of opportunities to work flexibly, had a major impact on my wellbeing and on the happiness of my family. That began to make me more ill. I lost a lot of weight and picked up a string of minor illnesses and infections; but none as bad as the pounding in my head and feelings of hopelessness I had.

I was going to work before my wife and children were awake in the morning, and getting home too late to do school runs or much else in the evening. My wife was also pregnant and not very well, and my mum was in the early stages of chemotherapy. This created extra pressure and requirements on me to do more as a parent and husband, and meant I needed extra flexibility. But I was made to feel small and pathetic for even raising the issue.

It made me angry by the time I got to work. Work shouldn't be something you do when angry, but I was furious every day.

I like to keep fit and train, and working flexibly allows me to do that and gives me a coping mechanism. But all of a sudden in that organisation I was restricted, and my fitness and therefore my health suffered. I was more or less told to 'grow a pair', that as a senior manager I should accept it all as part of the territory.

I spoke at the CIPD conference that year on the subject of flexible working and how in HR we need to lead by example, and realised that I was being hypocritical if I espoused what people and organisations should do but wasn't doing it myself. So this was the straw that broke the camel’s back and by the end of the following day I’d left my job and set up EPIC.

But I still can't shake the feeling that I'm not supposed to be anything less than strong and focused all the time. That as a man I should never have emotions and certainly shouldn't ever feel like crying.

Those kinds of views are wrong but they are what I was brought up believing and what many people still believe. It's only through campaigns like Mental Health Awareness Week and the stories shared by those a bit braver than me and who’ve gone through tougher times than me, that I can even begin to feel it's OK to talk about feeling stressed and being less than my best from time to time.

I have days when I’m 100%; they’re awesome but rare. Mostly I operate around 85% to 90% and those are good days too. Often I have days when I’m mentally much less than that and I know those aren’t days to be making decisions or trying to win new business. Those are days for spending time with loved ones, doing things I like and reminding myself to be me.

My friend and HR colleague Ian Pettigrew (director of Kingfisher Coaching) once told me there’s a word for people who struggle with this kind of stuff. That word is human.

Gary Cookson is founder and director of EPIC HR