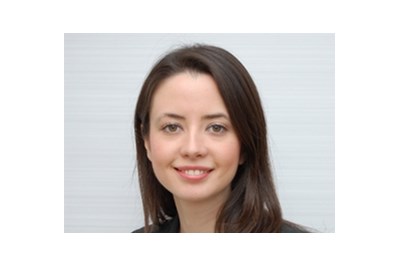 There have been a number of important changes to the law affecting pregnancy and maternity rights in recent months. There are also a number of proposals in the pipeline that will affect the rights of employees to work flexibly and to take parental leave. This article will examine the changes that are already in force and those that will soon be taking place.

Pregnancy and maternity discrimination under the Equality Act 2010

Under the relevant provision of the EA, it is unlawful for an employer to:

The definition of "protected period" from the SDA is replicated under the EA, which says it is the period that begins when pregnancy begins and ends:

When deciding whether a woman has been discriminated against because of pregnancy or maternity, a tribunal will need to consider if she has been treated "unfavourably". For these purposes, there is no need to consider a comparator, although identifying one may assist an employer in showing that any treatment complained of was not related to pregnancy or maternity leave.

The provisions of the Employment Rights Act 1996 (ERA), which, with the exception of pay, protect women in cases of dismissal and detriment where the main reason for the treatment is in relation to pregnancy or maternity leave, are unaffected by the EA. A woman may therefore be able to bring claims under both the EA and the ERA.

Like the SDA, men are prohibited under the EA from bringing a direct sex discrimination claim by comparing their treatment with the special treatment afforded to pregnant women or women who have just given birth. "Special treatment" includes, for example, a woman's right to receive statutory maternity pay and be offered suitable alternative employment if placed at risk of redundancy during maternity leave. The concept of special treatment was recently considered by the tribunal in De Belin v Eversheds Legal Services Ltd (although the decision has been appealed and so should be treated with some caution). The tribunal found that such special treatment is not a "blanket" right and that it was direct discrimination against a man to artificially inflate the redundancy score of a female colleague who was on maternity leave.

The recent EAT decision in Simpson v Endsleigh Insurance Services Ltd and others is a helpful one for employers who have employees on maternity leave during a redundancy process.

Where an employee is made redundant, regulation 10 of the Maternity and Parental Leave etc Regulations 1999 (the "Regulations") states that she is entitled to actually be offered (before the end of her employment under her existing contract) available alternative employment with her employer or his successor, or an associated employer, under a new contract of employment: the employee is given priority over other employees not on maternity leave. However, this right only arises if the new contract is such that:

In most redundancy situations, employers tend to focus more on the "suitability" and "appropriateness" of any vacancy under the first limb, rather than on the provisions of the second limb. However, the decision in Simpson is authority for the fact that, unless a vacancy satisfies both limbs, it will not be suitable alternative employment under the Regulations. For example, an employer will not be required to offer an employee on maternity leave who worked in London a vacancy in Cheltenham if in reality they would not re-locate (as was the case in Simpson). The EAT held in this case that the work was suitable and appropriate for the employee, but the location was substantially less favourable to her, and she was not therefore entitled to be offered the vacancy.

Further, it is for an employer to decide whether to offer a suitable alternative vacancy and there is no statutory requirement for the employer to engage with the employee to establish whether a role fits the requirements in this process. An employer should consider what it knows about the employee's personal circumstances and work experience and decide whether or not a vacancy is suitable. Best practice to avoid litigation, however, remains to look at each role by reference to an employee's individual circumstances and to specifically consult with those employees on maternity leave about available roles (and document what is said) at the same time as carrying out a redundancy consultation exercise with other employees.

An employer may find itself in a position where it has to consider offering a woman on maternity leave a job with more favourable terms (for example a more senior role) as a suitable alternative. However, the EAT in Simpson was not willing to look at the possibility of suitability being tested by assessment or interview — to do so would remove the special protection afforded by the Regulations. The EAT recognised that this could put an employee on maternity leave in a more advantageous position than had she been at work, although if the vacancy is significantly more senior it is unlikely to be suitable for the employee in terms of either experience or qualifications.

One recent ECJ ruling which may have repercussions for paternity leave in the UK is the case of Roca Alvarez v Sesa Start Espana ETT SA. This Spanish case concerned "breast feeding leave" and the right for men and women to take time off in Spain, historically for breast-feeding, but more recently for bottle-feeding. In order for a man to take the leave, the mother needed to be employed and also qualify for the right. This is similar to the UK where a man will only be able to take additional paternity leave if the mother qualifies for maternity leave.

The male Spanish employee in this case was not allowed to take the leave since his wife was self-employed. The ECJ noted that the leave was no longer limited to breast feeding and could be considered as time devoted to the child and a measure which reconciles family life and work following maternity leave. The leave was therefore for workers in their capacity as parents of children. The ECJ held that by the mother being "the holder" of the right by having to be an employee and the father's right being linked to the employed status of the mother, traditional gender roles were perpetuated by keeping men in a subsidiary role to women. The ECJ noted that this can lead to other forms of disadvantage for women (for example affecting the mothers' ability to run her own business). The European Court on Human Rights has also recently rejected the notion that differences in treatment between men and women can be justified on the basis that woman are primary carers of children in a case involving the right to take parental leave under Russian military law.

The European Parliament has recently voted in favour of certain changes to the EU Pregnant Workers Directive. The European Commission had proposed an increase in the minimum period of maternity leave from 14 to 18 weeks at full pay, giving Member States the option to cap pay at the level of sick pay. However, the European Parliament wants to extend these proposals to include, broadly, a change to 20 weeks' maternity leave at full pay and a right to take prescribed time off for breast-feeding.

The UK already has a more generous right in relation to the maximum amount of maternity leave that can be taken by an employee, but the potential change to an initial maternity leave period at full pay is a new and potentially costly change for UK employers.

Other proposals voted on favourably by the European Parliament include:

The next step is for the Council of Ministers (representing the interests of the 27 EU Member States) to confirm their position on the new proposals.

The Government has announced that, from April 2011, it intends to extend the right to request flexible working to parents of children under the age of 18. There will then be further consultation on extending that right to all employees (whether or not they have children), and on how to create a system of "flexible parenting" from the early stages of pregnancy.

Flexible working will clearly continue to be an interesting and dynamic area of law for some time.