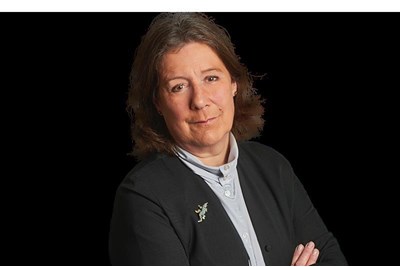 No woman was informed about changes to SPA so all thought they would be eligible. When will the final decision be made? If any .

Many will be aware of the current judicial review (JR) taking place in the High Court in which nearly four million women, who lost up to £47,000 each when their retirement age was increased from 60 to 66, are taking on the Department for Work and Pensions.

In fact recent history is peppered with cases where the unequal treatment of men and women has been the subject of judicial scrutiny.

This has traditionally been done either using the employment tribunal as a gateway to more senior courts or through the vehicle of JR. This process is only available to parties where there is no other forum in which the matter can be raised. Parties wanting to challenge the manner in which public bodies have applied a particular law will inevitably end up making an application for judicial review of the relevant body. JR is the only resort where there is an allegation of a government or public body acting outside of its statutory remit or unreasonably in the application of its powers.

As far back as 1985 the introduction of a two-year qualifying period for unfair dismissal protection was challenged by Nicole Seymour-Smith and Laura Perez when they judicially reviewed the secretary of state for employment. The challenge was on the basis that it was statistically less likely that women could fulfil the two-year qualifying employment period for unfair dismissal protection. The matter went via JR all the way to the European Court of Justice, which declared that the requirement did have a discriminatory effect on women.

However, it went on to state that national legislation is driven by social policy, which in itself was a legitimate aim and justification for the rule. So that resulted in a bit of a Mexican standoff that was promptly resolved by the UK government reducing the qualifying period to one year, where it stayed for a considerable period before reverting in April 2012 to the two-year period we work with today.

It must be accepted that the differential in retirement ages amounts to differing treatment of men and women, although that system has been in place for some decades. However, it is equally true that a benign motive is irrelevant when considering whether or not a measure amounts to unlawful discrimination. The courts are littered with cases where well-intentioned actions have resulted in a successful discrimination claim. James v Eastleigh Borough Council (preferential treatment with respect to female access to a swimming pool) and Amnesty International v Ahmed (attempts to protect a worker of one racial grouping from danger from another) are just two examples.

The current pensions state of affairs was kicked off in 1995 when the government of the day made the decision that men and women should retire at the same age (65). The 2011 Pensions Act accelerated the process and set a timetable for the move along with the step of increasing the state pension age (SPA). In 2016 the SPA for women was set at 63, in 2018 at 65 with both men and women moving to an SPA of 66 in 2020, 67 in 2028 and 68 somewhere between 2037 and 2039. The justification for this step was cost.

It is true that the previous rules on retirement age are de facto discriminatory. For this reason it is unlikely that the challenge currently being mounted by the ‘BackTo60’ group will be founded on any concept that the government has misinterpreted the law. It seems from what material is available that the challenge is based on the claim that the government has acted unreasonably in implementing the move to unified retirement ages too hastily and without giving affected groups – those women born in the 1950s and who had a legitimate expectation of retiring at 60 – the opportunity to mitigate the effects of not being able to draw a pension when originally expected. There is a suggestion that a claim for sex discrimination may accompany the challenge – based on the fact that at present it is predominantly women who are affected by the changes. It will be interesting to see whether the Seymour-Smith and Perez approach will prevail.

The arguments of both sides have yet to crystallise but BackTo60 will have to overcome very cogent arguments by the government, which maintains that plenty of notice has been given and that both men and women are disadvantaged by the changes – the women being the first to feel the effects.

Employers will have to keep their eyes glued to this set of spinning plates as the SPAs move seemingly on an annual basis and may yet change again. It is not anticipated that this will have any effect on the age discrimination rules currently in force. There will, however, have to be changes to the redundancy payments tables as the increasing SPA will change the threshold for ineligibility of employees claiming redundancy payments.

Whatever the outcome of the JR challenge there will be a great many disaffected people who now have to acclimatise themselves to working longer before receiving the pension they thought they had earned years before.

No woman was informed about changes to SPA so all thought they would be eligible. When will the final decision be made? If any .

I was born 1952 and like most women of my age expected my state pension at 60. I applied for a pension forecast a year age 59 and was shocked that I had to wait an extra 2 years and 8 months. I was working as a auxiliary nurse in a geriatric ward and found the extra 32 months extremely difficult. My health has been affected by my physical job, I am sure that this is the case for many women and the fact that I only knew of these extra 32 months of work at such short notice did not give me time to make any financial or employment decisions to improve my circumstances

We paid into our pension for many years. So why can't we get our pension at 63years old for women and 64years for men. Stop moving the goal post. Some are working long hours a day. We all not healtht. Leave it to that age for our future family's.

I was born in 1954 and now have to wait until age 66 to claim my pension. I have worked full time for 40 years plus and at no time did I receive any letter from dip to say I could not retire at 60. Other European countries allow women to retire at 60 so why should we be discriminated aginst especially when this country are subsidising the very countries who have allowed this policy for their own citizens? I am going to appeal to the European court of justice since we are not being listened to by our own government.

How any person did not know 20 years ago that the pension age for women was changing ,i knew immediately because it was broadcast on the news.Igot my pension at 60 , but i could complain that i receive £50 a week less than the new pensioners .Is that unfair ,maybe but its the way it is .All is now equal between men and women.

I am 62 I need to work 4 more years maki g 50 years of contributions I have never received any communication that I wouldn't get pension at 60. I have copd and osteoarthritis in hands a d knees but need to keep working. My grandchildren are looked after by strangers in nurseries that cost a fortune because I have to still work. Destroying the family unit.

I am nearly 56 with long term health conditions. How I am going to manage to work for another 11.5 years I just dont know. I am single with no one to support me. I only work part time now due to my health but cant get any benefits. By the time I retire my little grandchildren will be leaving secondary school and I will have missed out on their formative years. Mentally I was coping with the thought of retiring in 4.5 years but now I don't think my physical and mental health will hold out till I'm pension age and I feel this is what the government wants i.e. more people never getting their pension.

I was born. In October 1955 when will I qualify for it please