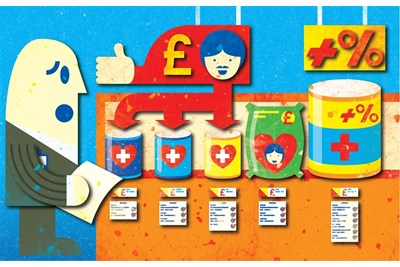 Will changes to private medical insurance (PMI) provision have any impact on the PMI market and those HRDs investing in this costly benefit?

The body, which replaced the Competition Commission, looked into concerns expressed by the Office of Fair Trading (OFT) about anti-competitive practices in the UK private medical market and released its final set of recommendations and remedies in April. These included the sale of nine private hospitals, the restricting of incentive schemes for consultants and the transparent publishing of information around data and costs.

Although the implications for HR professionals are not as great as typically suggested by PMI providers, who have been quick to make PR capital out of the review, it is important to be aware of the main considerations involved. Now seems as good a time as any to take a health check of this and other PMI trends.

According to Iain Laws, managing director, UK healthcare at Jelf Employee Benefits, his company has been briefing clients on the review regularly, but the changes shouldn’t cause too much concern – at least not yet.  “There are no fundamental changes to the market and no short-term opportunities for HR to take advantage of, so it’s a lower quartile consideration for them,” he adds.

In particular, the most publicised of the recommendations is only relevant to companies with employees working in London. Hospital group HCA has been required to sell off either its London Bridge and Princess Grace hospitals or its Wellington Hospital. However, this is only likely to marginally benefit insurers by reducing HCA’s negotiating power.

Paul Brantingham, director of Birmingham-based specialist intermediary i2 Healthcare, is sceptical about the effect this could have, if it happens at all. “I can’t see the HCA sell-off making much difference to the London market even if it goes through,” he says. “The change could create a saving to the market of around £10 million a year, but private healthcare is a £6 billion industry, so the effect will be immaterial.

However, Graeme Godfrey, director of Middlesex-based specialist intermediary Best Go Private, says any sale could rock the boat for insurers and their clients. “We tend to always recommend that our clients in HA or WD postcodes have access to HCA hospitals,” he explains. “We don’t know if insurers will still be able to deal with these hospitals if HCA does sell them off, but if they can they could even get better value from them.”

Of much greater potential significance to employers nationwide are the CMA’s proposals to make the PMI sector more transparent. It wants to end consultant incentive schemes that encourage patient referrals to particular facilities, treatments or tests. Collection and publication of data on the performance of private hospitals and individual consultants is also recommended. Private hospitals will have to require consultants to provide fee information in a standard format as a condition of practicing there.

“At the moment if you are referred to a particular consultant you don’t hear much about them apart from via hearsay, but [thanks to the review] the patient will be in the driving seat, knowing who they will see and how good they are,” he says. “The empowered customer will drive competition in the market which will be positive for medical inflation in the medium to longer term.”

Doug Wright, medical director at Aviva UK Health, even thinks the changes could result in a future halving in the rate of medical inflation – currently estimated to run at between 7% and 9% a year – primarily as a result of employers becoming able to target their benefit spend more accurately. As the average health insurance premium shot up by 66% in the decade to 2013, this will be welcome news for employers.

Nevertheless, some commentators feel that more competitive product pricing will only occur if providers pass on any savings made to clients as opposed to widening their own profit margins, and there is no guarantee they will do this.

Opinion is also divided on how greater transparency will impact on the recent controversial trend for insurers to impose restrictions on the ability of claimants to choose consultants through a practice known as ‘open referral’. Although being able to choose one’s own consultant has traditionally been a key advantage of PMI, claimants in open referral schemes are normally designated a single consultant or a choice of only two or three.

Insurers who offer open referral – which is now most major players – invariably argue that it provides a higher quality service by simplifying the claims process and ensuring that claimants see only suitable consultants. But critics accuse insurers of using the format simply to try and cut costs.

Brian Goodman, head of provider services at WPA, which is unusual in not offering open referral, feels the CMA review spells bad news for the concept. “While open referral has grabbed the headlines in the last year or so, in a few years’ time people will be wanting to see the best surgeon based on data,” he says.

On the other hand, Lorica’s Alberts says this could prove insurers are actually acting in clients’ best interests. “People suspect that insurers using open referral are just sending them to the cheapest consultant, and these new figures should prove they are not,” he says. “I don’t believe they do necessarily refer to the cheapest one although they do cut out the expensive ones they can’t justify.”

Some commentators forecast that the changes may attract new providers into a more competitive market and result in different style products becoming available in the longer term. However, most don’t feel they will result in a significant increase in demand for PMI – which has remained broadly flat during recent years.

Is PMI cost-effective for HRDs?

The fact is, as a concept PMI is always likely to remain attractive to employers and employees, especially as NHS resources become increasingly stretched. Indeed, research commissioned by Capita Employee Benefits in March 2013 found it to be the most popular benefit. Half of employees (50%) said they would find it personally valuable, compared to 41% for occupational or workplace pensions.

But the continually increasing cost has always been a major barrier, meaning that many employers limit company-paid cover to senior staff.

Even if the rate of medical inflation did halve, cost would still continue to be an issue. A comprehensive scheme for 30 employees can already total in the region of £1,000 per person, so employers are increasingly seeking to reduce premiums by cutting back on cover. Many are limiting outpatient cover to £500 or £1,500, electing to go without it altogether or even deselecting cancer cover. It is also becoming more common for schemes to take an excess of between £100 and £250.

Where employers select an excess they invariably elect to plug the gap by offering a cash plan, which will cover outpatient costs like specialist consultations and complementary therapies as well as a whole range of other minor medical expenses. Nevertheless, question marks are raised by the viability of this trend.

“There is anecdotal evidence that cash plan providers’ loss ratios are deteriorating on books where cash plans are being used to cover PMI excesses. PMI providers are watching their books with high excesses very carefully and if these deteriorate the discounts available for excesses will reduce,” warns Jelf MD Iain Laws.

However, such a development would be most unlikely to sound the death knell for PMI. If history can be relied upon, insurers will continue to come up with new and even more ingenious cost-cutting methods to ensure at least a basic level of cover remains affordable.