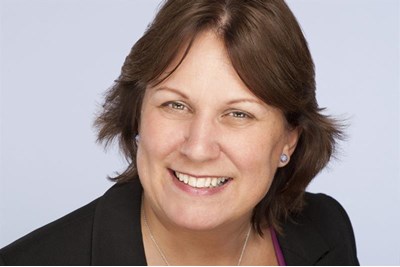 Training can certainly increase awareness of ignorant comments, but can also cause divisions and hypersensitivity

In February some eyebrows were raised when the University of Sheffield announced a programme of training on racial microaggressions.

Seeking to educate students on 'subtle but offensive comments' directed at minority-ethnic peers it will host discussion sessions about what microaggressions are and how to challenge them. It’s a programme I think many organisations can learn from, but equally may lead to some damaging unintended consequences.

A microaggression is a subtle slight or action that leaves people from a minority group feeling upset, offended or uncomfortable. Often the person who’s delivered the insult might be unaware that they have caused offence.

Derald Wing Sue, a psychologist and expert in microaggressions, describes it as:

“Everyday verbal, non-verbal, and environmental slights, snubs, or insults, whether intentional or unintentional, which communicate hostile, derogatory, or negative messages to target persons based solely upon their marginalised group membership.”

Applicable groups are those under the protected characteristics of the Equality Act 2010 (age, disability, religion or philosophical belief, marriage or civil partnership, gender, sexual orientation, pregnancy or maternity).

What examples of it do we see in the workplace?

Sheffield University’s microaggression examples included students being subjected to comments such as “that raw fish stuff… Japanese culture is weird”.

Other examples included asking where someone was ‘originally from’ and touching people’s hair without their consent – often experienced by women of colour.

In the workplace a microaggression could include:

● “Someone like you shouldn’t need training in this” – refusal of support or training requested by a young person based on the assumption that young people should have good and all-encompassing IT skills.

● “Are you sure you want to apply for a marketing grad job, not finance?” – said to an Asian student on the assumption that Asian people are good at maths.

●“I expect your priorities will change now” – said to a woman by her manager before her wedding.

● “But where are you really from?” said to a British person of African descent when asked their nationality.

Should D&I policies include microaggression?

Each workplace needs to consider the pros and cons of microaggression training and awareness-raising:

There are many who argue that organisations must do everything they can to eradicate all forms of harassment. Tackling microaggression is the next step in that process, after spending decades tackling overt aggression and discrimination.

There are also legal reasons to tackle microaggressions as one single comment could potentially be sufficient to allow an individual to win a claim of discrimination/harassment in a tribunal.

It has been argued that talk of microaggression simply increases people’s sensitivity. As a result it increases, rather than decreases, conflict in the workplace through informal complaints, grievances and tribunal claims.

In other words, it can damage employee engagement and encourages the ‘blame game’, which is not helpful to a successful team working environment or drives for improved accountability.

People also suggest that microaggression encourages a belief that one group is always the aggressor and the other the victim. Particularly as its origins stem from the treatment of African Americans by white Americans.

There is an argument, one I personally think is valid, that by focusing too much on microaggressions you risk encouraging other damaging behaviours.

If managers are ‘on the hunt’ for potential infractions then we will find that people increasingly keep their thoughts to themselves. They may feel unable to express themselves, their concerns, ideas or opinions.

Withdrawing is a very good way to protect yourself when you’re not sure what exactly you can say, but it’s also very damaging for both mental wellbeing and inclusion initiatives in workplaces.


Secondly, but no less important, is that these individuals also restrict their social groups to people ‘just like them’ and minimise social interactions with others who are ‘different’.

People may be scared to ask genuine questions about co-workers and their lives for fear of committing a microaggression. This does nothing to encourage relationships or understanding. It also drives very damaging group-think behaviours.

The middle ground is in first creating an environment where people are educated about themselves; why they react the way they do to others, how different brains work under pressure, why we find fault rather than looking to praise, how it is possible to rewire your brain.

HRs can team this with emotionally-intelligent facilitators to open up discussions where we actively learn about each other, sharing our backgrounds, our cultures, our religions, our politics, our interests and hobbies, our fears and our dreams.

Complaints tend to be brought by people who are either fearful, defensive or unable to shake off/address a sense of being unfairly judged or treated.

A two-pronged approach of education and discussion provides an opportunity to open relationships and conversations that have been closed down.

The big question though is are there sufficient emotionally-intelligent facilitators across HR departments to even begin to initiate such a programme of education and discussion? Perhaps we need to roll it out first in HR itself?

Helen Jamieson is founder and MD of Jaluch HR & Training